This alarming footage shows the moment two drunken teenagers wrote off a stolen £75,000 BUS - after taking it on a dangerous nine-mile joyride.

This alarming footage shows the moment two drunken teenagers wrote off a stolen £75,000 BUS – after taking it on a dangerous nine-mile joyride.

Harry Atley, 19, and Thomas Bloomfield, 18, shrieked in hysterical excitement on the CCTV footage on the single-decker vehicle as they took it in turns to drive.

The drunken pair swapped turns at the wheel without even stopping to change seats, as they took the 41-seater bus on a nine-mile rampage.

The first few moments of CCTV footage showed Atley and Bloomfield boarding the Pulham and Sons bus in Tetbury, Glos., with a torch at 1.15am on November 18, 2017.

They spend a couple of minutes working out how to start the bus, and as they do they can be heard laughing and jeering, with one shouting, “We just hi-jacked a bus” as they set off.

“No-one is on this bus bruv apart from us,” one of them shouts. 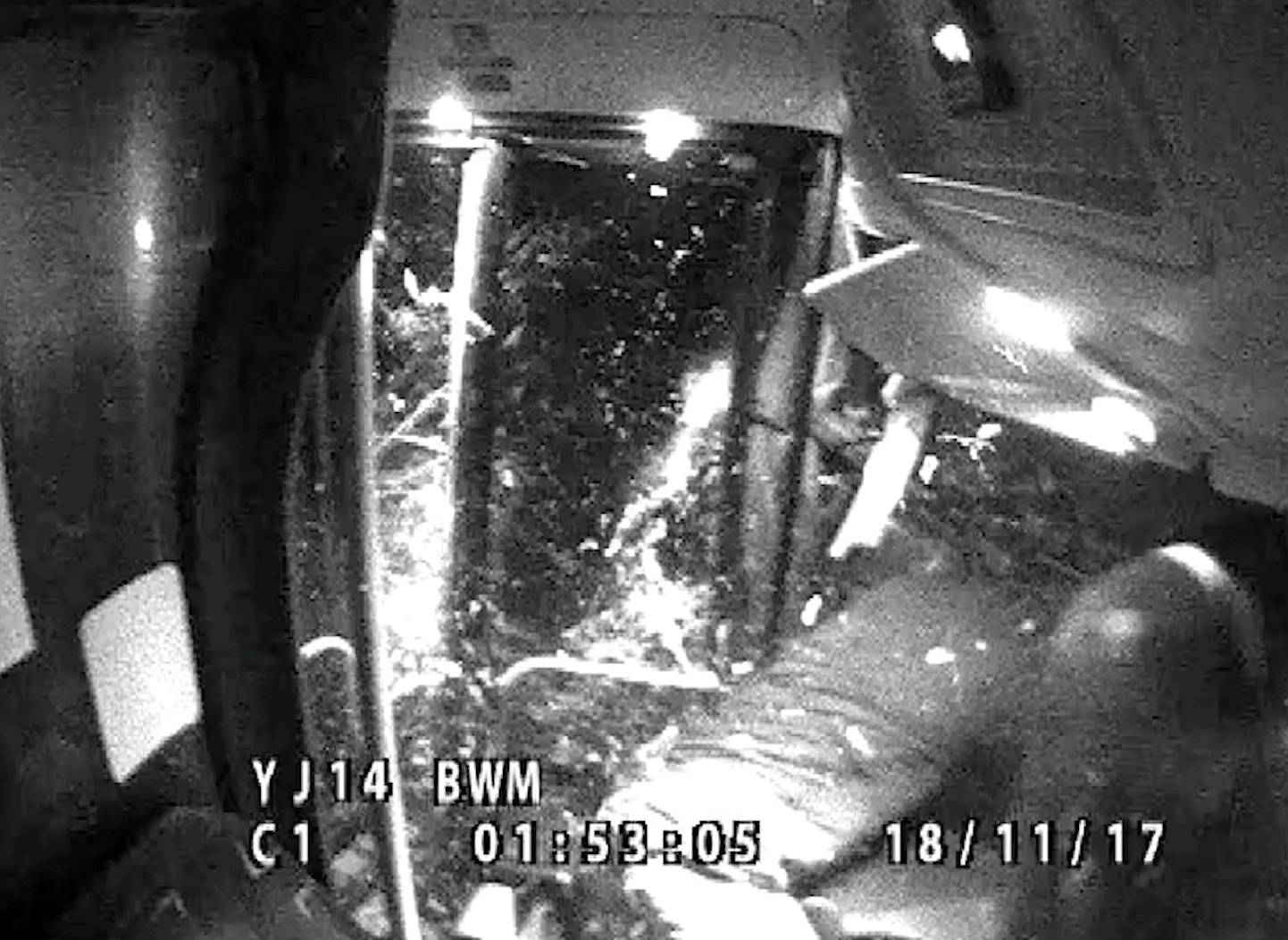 And after 14 minutes, the teens finally lost control of the vehicle on a single carriageway and the camera screen shows the bus veering off into a hedge at the side of the road at 1.52am.

A moment later, the boys hastily climb off the bus, which appears to be on its side on the roadside.

The footage then shows an image of the shattered front windscreen, as the boys quickly disembark from the bus in a panic. 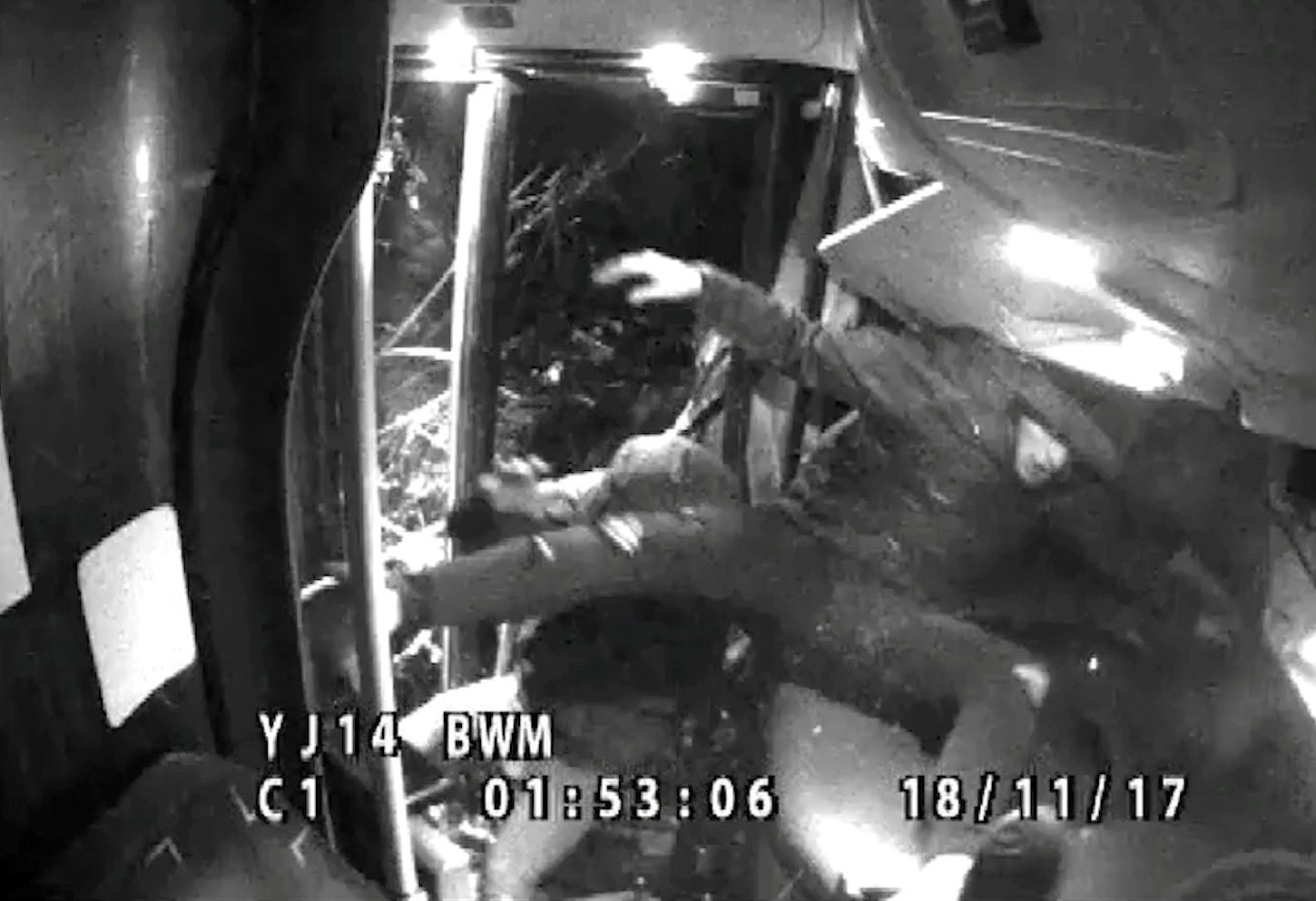 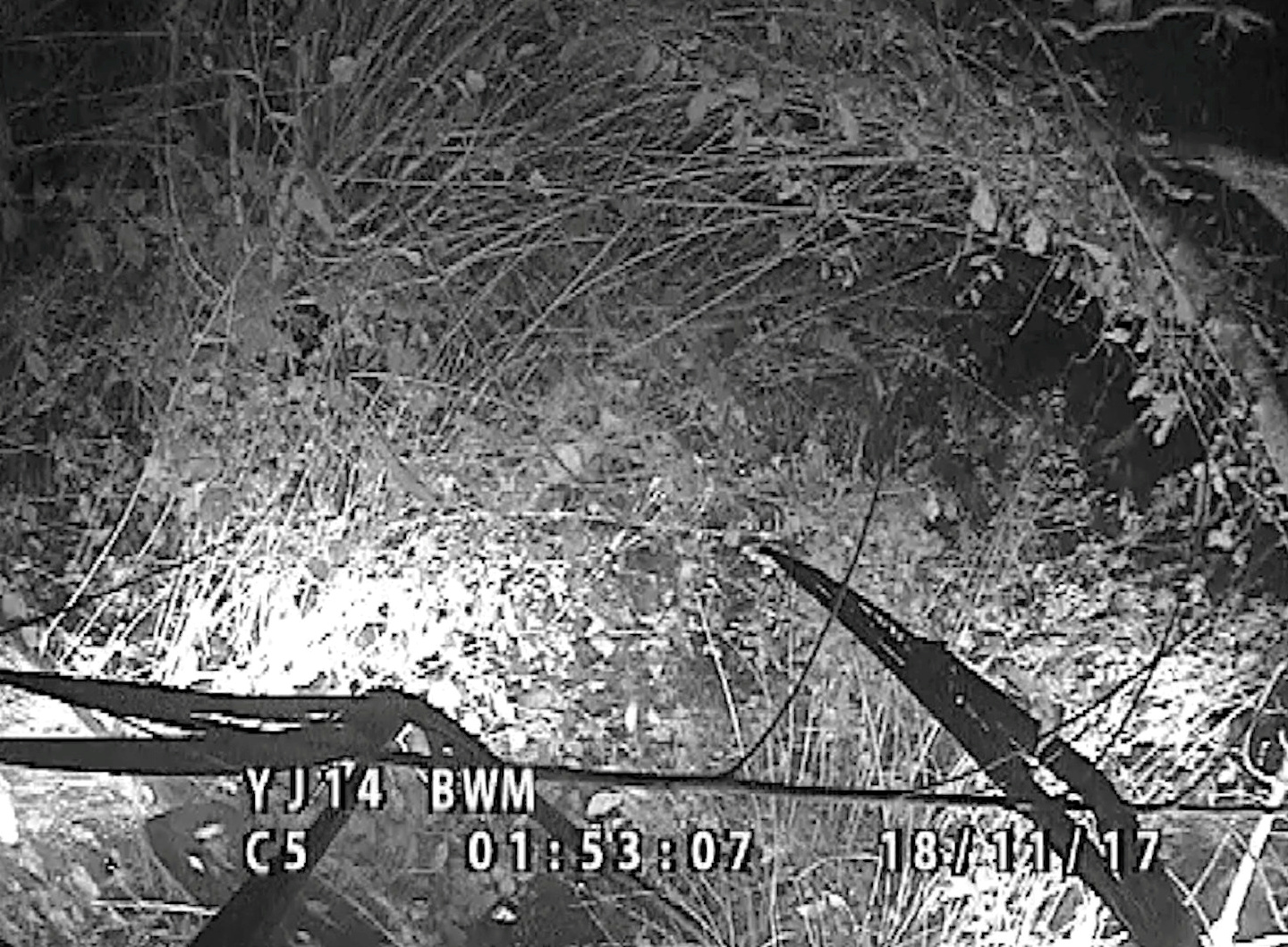 Atley and Bloomfield, both of Tetbury, Glos., pleaded guilty at Gloucester Crown Court on Friday to aggravated vehicle taking and dangerous driving on November 18 last year.

And the shamefaced pair were allowed to walk with eight month detention sentences, suspended for one year, and ordered to pay £10,000 compensation to Pulham and Sons Coaches Ltd.

They were also ordered to do 200 hours of unpaid work each and will be on home curfew with electronic tags from 8pm-5am every night for six months.

And the pair have additionally been disqualified from driving for two years each.