by Emma Crampton
in News
0

Alice Thomas, 24, lost her cat Ajay six years ago when he was only 4 years old, but has now found him again by pure chance on Facebook, pictured at home in Sheffield, South Yorks., September 28 2018

A cat lover has had an extraordinary reunion with her beloved moggy which went missing six years ago – after offering to re-home a stranger’s pet.

Alice Thomas, 24, was left heartbroken after her “best friend” Ajay who aged four never came home one night in 2012.

Despite months of posting wanted posters on lampposts and missing websites she was never able to find her Ajay.

However, fate took a twist when Alice spotted a Facebook post about a cat named John bearing a striking resemblance to Ajay which needed a new home.

Alice could not get over how similar the cats looked; both been white with specific ginger markings around the ears. 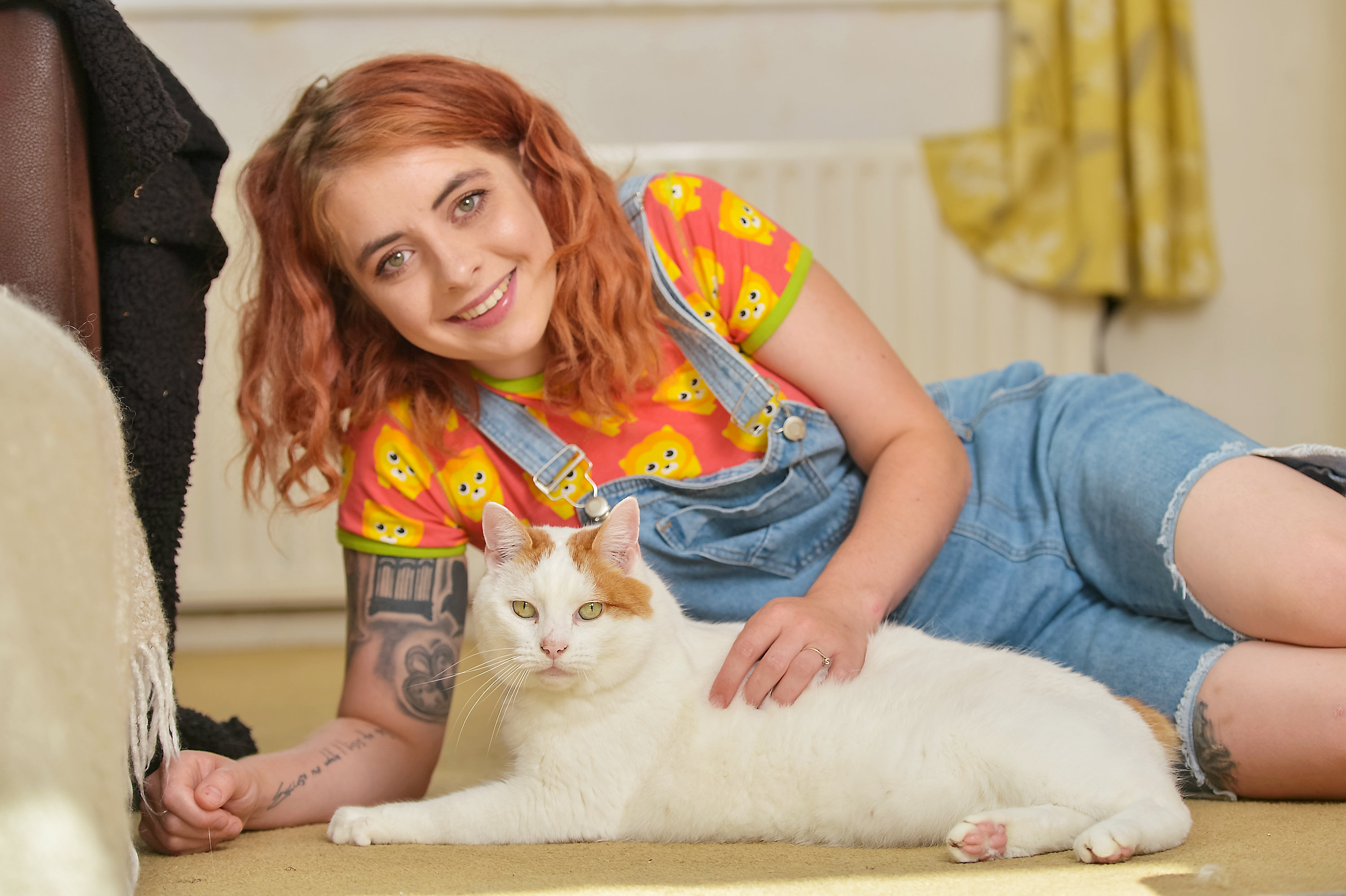 Amazingly, after several messages, it became clear John was actually Ajay now aged 10 and he had been living just four miles away.

Both shared a giveaway feature – they had no tail.

Mum-of-one Alice, from Sheffield, South Yorks., had all her dreams come true on Wednesday (26) when she was reunited with Ajay.

Astonishingly Ajay still remembered her and came to her call.

Speaking of the amazing moment Alice said: “I’m over the moon.

“Words can’t describe the emotions I’m feeling I am also in complete shock.

“It is absolutely crazy to think, like what are the chances.

“It is fate we were meant to find each other again.

“I knew straight away it was him and I’m sure he remembered me.

“As soon as I shouted his name he came running over.

“He was my best friend and companion so to have him back in my life is just incredible.”

The inseparable pair did everything together after Ajay was born at her family home with Alice feeding him milk from a bottle and even teaching him how to play fetch.

Alice was convinced she would never see Ajay again until this week when the family, who adopted him from the RSPCA, needed to rehome their loveable pet as they are moving 200 miles away.

The stay at home mum said: “When I first saw the post I couldn’t get over how similar he looked, with the same markings.

“I commented saying this but mentioned my lost cat had no tail and would you believe it this cat hadn’t either.

“I knew then it must be Ajay, it was a surreal feeling.”

Ajay needed his tail removed in 2010 after he fell asleep under a parked car and didn’t manage to wake up in time before the car set off, running over his tail.

Ajay is now back where he belongs at home with Alice and her partner Tom and their three-year-old son Ruari and has settled in wonderfully.

“I am so happy to have him back at home with the family it’s been quite the journey.

“I won’t be letting him out of my sight for a while that’s for sure.”

Ajay did not have a microchip as he went missing just days before he was due to have one injected under skin.

How Can I Get a Short Term Finance Fix for My Development?

How Can I Get a Short Term Finance Fix for My Development?