This is the moment a cat attacked a tree surgeon who climbed a tree to save it – leaving him in hospital for five days.

Frightened moggie Sarah scaled the 50ft oak tree but could not get down from the branches.

She was stuck up the tree for three days without food and water and her distraught owner posted a message on Facebook pleading for help.

Kind-hearted tree surgeon Joseph Lines, 43, saw the message and offered to help out. 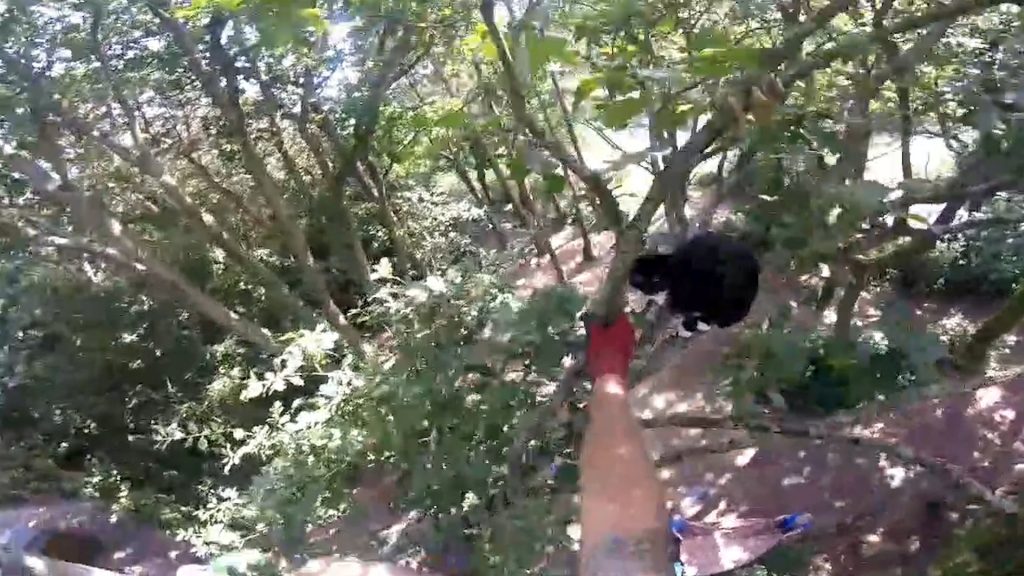 Joseph climbed the tree to help reunite Sarah with her owners – but the black-and-white cat panicked and began to attack him instead.

He is heard screaming in pain was left hospitalised after a bite from the cat became infected.

Sarah scratched and spat at Mr Lines, which was captured on the Go-Pro camera he was wearing.

The cuts later became infected and Mr Lines was admitted to Poole Hospital and treated with intravenous antibiotics for five days after the attack.

Joseph said: “The cat was scratching and biting my arm, she bit right into it.

“It just tracked all the way down to my wrist and made it swell up.

“It was diagnosed as cellulitis.

“They had to put me on IV antibiotics.” 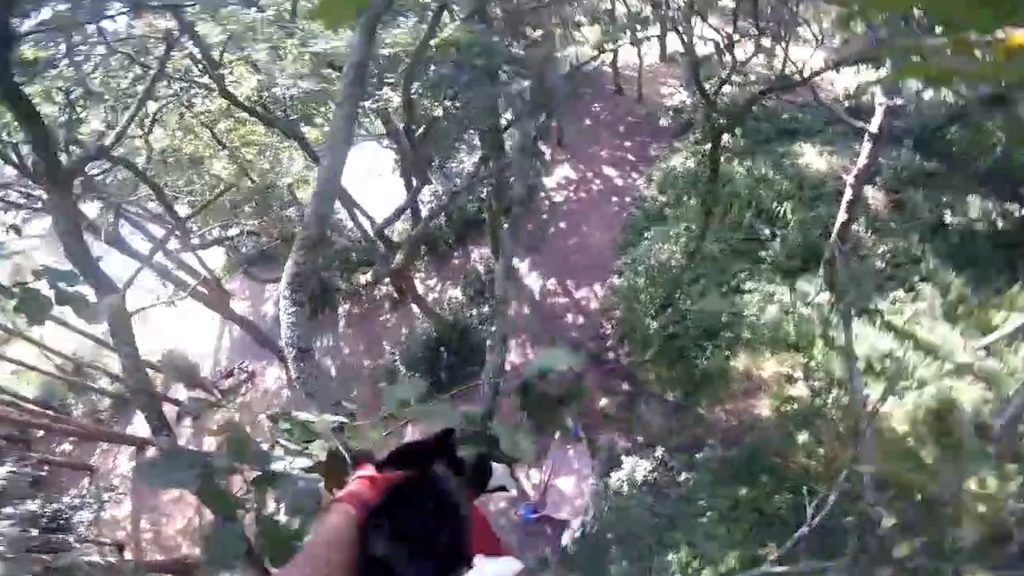 He said the experience had not put him off doing more cat rescues, but said next time he would wear better protection.

Medics at A&E in Bournemouth Hospital initially gave Joseph a tetanus jab but it was ineffective against cellulitis.

Joseph joked: “With all the risks of rescuing the cat from the tree, the cat is really the last thing you think of as being a danger.

“The fire brigade and RSPCA had both refused to help.

“I don’t know how much longer the cat would have survived being stuck without food and water.

“She could have died, it was really hot that weekend. The reason she attacked me was because she was scared.”

Sarah’s owner was overjoyed to be reunited with her pet and cried tears of relief.

The oaktree was in a copse near a housing estate in Creekmoor, near Poole, Dorset, and the rescue happened on July 8.

Joseph, who has been a tree surgeon for more than 20 years, was admitted to hospital on July 16, and released five days later. 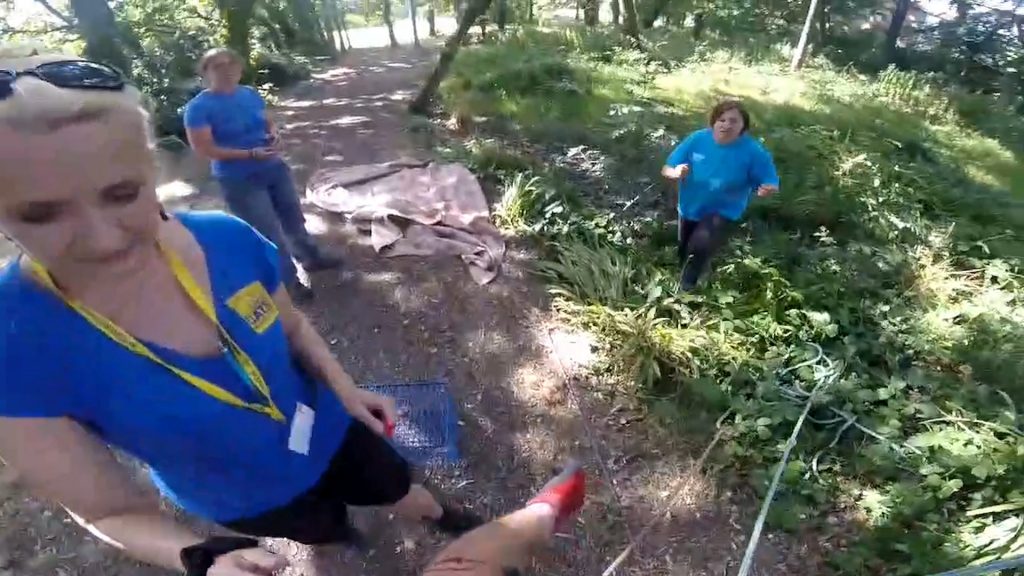 He added: “Rescuing a cat happens from time to time but generally with less drama.

“The doctors were talking about cutting my arm open to drain the pus out.

“The cats owner started a fundraiser to help me while I was off work and in hospital, which has raised about £600.

“She was crying tears of relief after getting her cat back.”