Bob Long, 65, stands next to his 1963 Mini Cooper, the earliest known model ever made. Long, a rare car collector, discovered the classic car locked away in a seller’s garage. It had been there since 1983.

A classic car collector has stumbled across the earliest known Mini Cooper ever made – buried in a Suffolk barn.

Bob Long, 65, put an ad out to try and find the Mini Cooper S Mark I, only to be told of one which had been locked away since 1983.

He is now the proud owner of the 1963 car – the sixth of only 4,000 ever made – which is complete with its original engine and first tax disc.

The cream-coloured Mini is now worth around £50,000 and would have cost around £600 when it first came on the market.

Bob said: “I collect rare cars and it has taken me four year to collect something like this.

“I was purposely looking for this car, I wanted it as it is so rare – I only collect rare cars.

“And I have specifically taken a liking towards the Mini Cooper because it was my first car I ever bought.

“I would imagine that car has done very few miles.”

Bob, who lives near Bungay, Suffolk, has been collecting cars as a hobby since retiring from his job as a pawn broker five years ago.

He turned his attention to the Mini Cooper S Mark I earlier this year, hoping to track down an early model.

The vehicle has remnants of what he believes to be a racing history, with Restall seats and Mini Light wheels and a sticker on the back linked to a company which used convert cars into racers.

Bob said: “This car is what made the Cooper famous when it won the rally race in Monte Carlo.

“The first one made of this car would have been used to test in production and I have the sixth one which means it is really rare and definitely one of the first that would still be around.

“The sky’s the limit – I knew it was an early one and extremely rare to find.

“I have got the heritage certificate with its unique body number so I know this is the real deal – you can’t fake that.”

The car will now go to Smith’s Garage in Bungay, Suffolk to be restored to full working condition.

“The car isn’t actually in a bad condition – it is very original and very rot free,” said Bob.

“It goes into the local car garage on Tuesday for its recommissioning. It has all just seized up, it’s like if a person was sitting in a chair for years; they would seize up.

“The feeling is like the guy who found Tutankhamun’s treasure, I’ve got a Mini version of that. Someone unlocks a barn or a garage and it is there in your grasp and you are hopefully going to be mine!”

Bob says he also owns what he believes is the earliest Mark II Mini Cooper S which was discovered in Florida, and also a rare Riley Alf which he described as similar to a “luxury Mini”.

He previously bought John Lennon’s Mini, which was a Rodford with Aston Martin interior at a price for £150.

Bob said: “I have had all the famous people; including John Lennon’s Mini. I bought the car off his cleaner. It was a Rodfords – Aston Martin interior…. it was a special car. it was mine for £150!

“When he went to America he left the cleaner his car and it had his signature in the log book and everything. 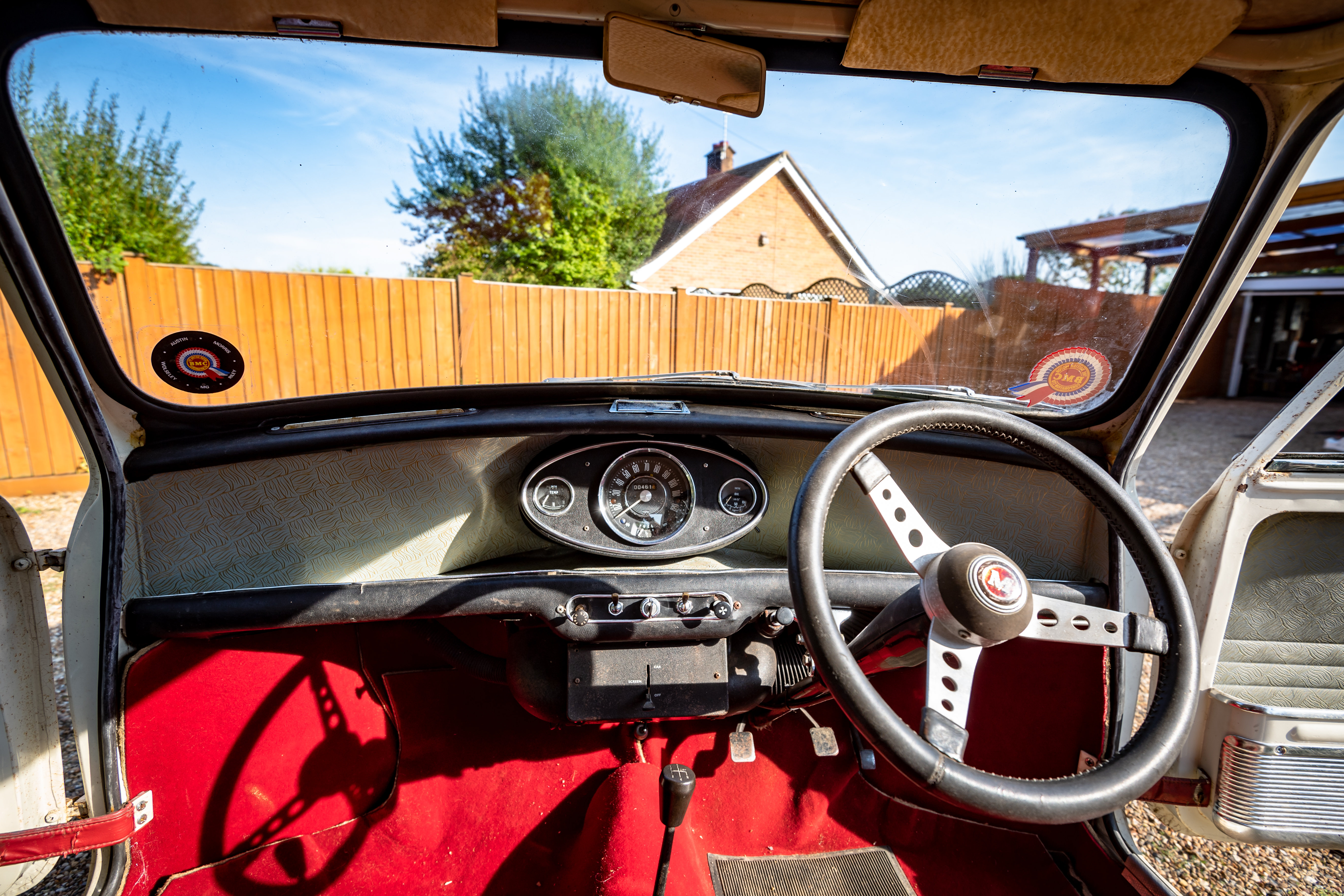 But now Bob says he is not looking to make the same mistake and sell his Mini Cooper anytime soon, but says if the right offer is made he is more than happy to have a conversation with someone.

Bob added: “I am not looking to sell it anytime soon, unless someone was to offer me a better price.

“I don’t want to sell unless I can better my cars.

“I have been waiting a long time to get this car – it is such a rare find you can’t believe it.”

WATCH: Shocking moment illegal immigrants brazenly stowed away in the back of a van – while queuing outside Calais