Builder Proposes To His Unsuspecting Girlfriend In Escape Room Challenge

This is the heart-warming moment a builder proposes to his unsuspecting girlfriend during an 'escape room' challenge.

This is the heart-warming moment a builder proposes to his unsuspecting girlfriend during an ‘escape room’ challenge.

Footage of the challenge shows Serena Moden rooting around the room in search of a key and stumbling across an engagement ring.

It was buried with a bottle of champagne and a sign reading ‘will you marry me?’ inside a filing cabinet.

She turned round to see her partner Gary Heading down on one knee – and CCTV captured the moment she jumped into his arms as she said ‘yes’.

Serena, 28, said: “I was more than a bit shocked. It was well thought out and put together.

“I just remember thinking it can’t be real – I was just so stunned.

“I never imagined it would happen that way.

“It was a bit overwhelming. I just wanted to let my family and friends know!”

Serena and Gary were taking part in the Bank Job themed escape room challenge in Peterborough, Cambs., on January 25.

The game involves negotiating the security systems inside a room and escaping with as much money before the police arrive.

As shown in the CCTV, Serena attempted to break into a filing cabinet after a number of clues led her to believe there was extra cash hidden inside.

But she was unaware that Gary, her partner of two years, had hidden an engagement ring inside.

Gary, 30, said: “The ring was put in one of the filing cabinet doors.

“There was a light-up box inside which said ‘will you marry me?’ on it as well as a bottle if champagne and the ring.

“As Serena opened the filing cabinet I crept up behind her and got down on one knee. She got a bit of a shock.” 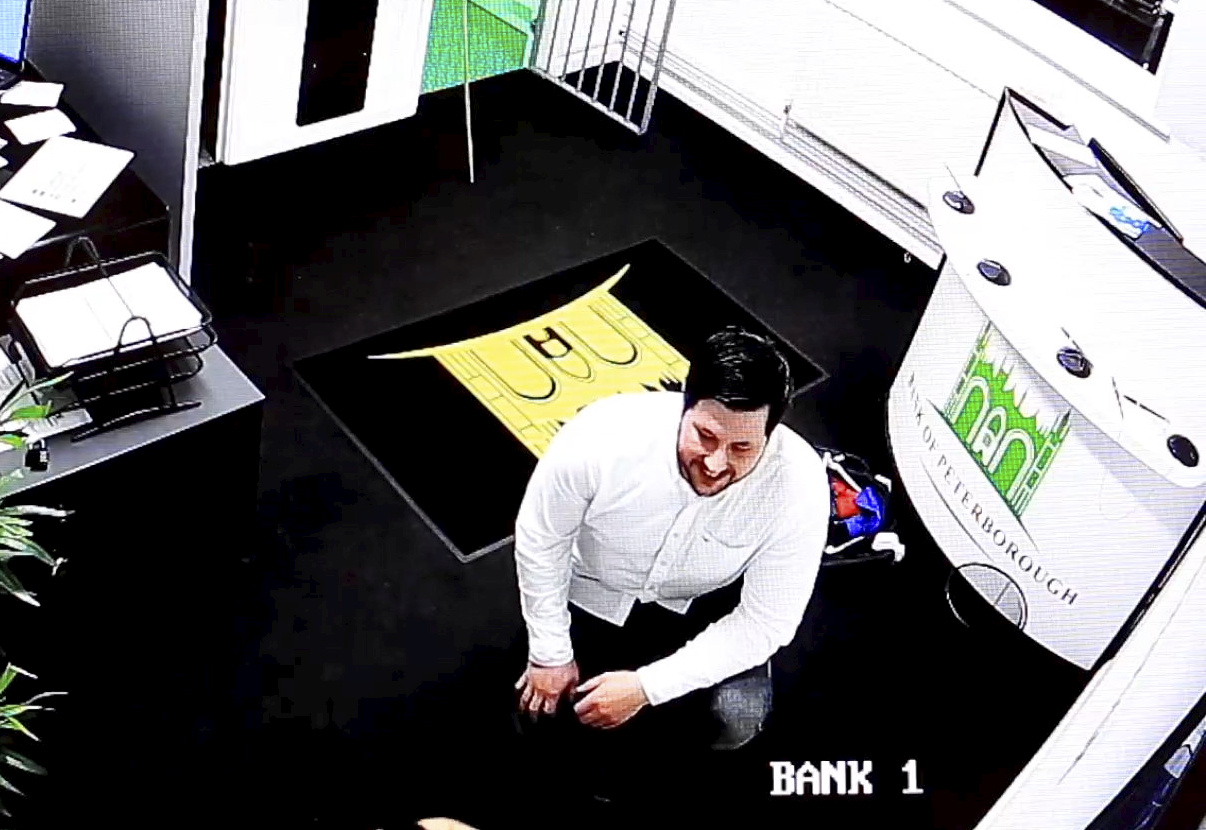 Despite the many clues given to Serena throughout the game, she still didn’t guess what was going.

Serena, an account manager, said: “There was a blue scarf and there was a £2 coin.

“Then I came across the third box it is the box that Gary keeps on his bedside table, I opened it and there was a 6 pence in there.

“And in the fourth box we both have a Lego figurine and my one was there and I was like I don’t understand.

“I haven;t heard of anyone being that creative”.

The couple from Mepal, Cambs., met through the dating app Tinder.

And on their two year anniversary Gary decided to put his creative skills to the test and plan an engagement like never before.

Gary said: “I just wanted to do something a little bit different.

“We both enjoy doing the escape rooms and she would not really have guessed we’d get engaged there.

The couple have already started planning for their wedding for next year – but an escape room themed wedding isn’t on the cards.

Gary added: “We did come up with it as an idea but it may be a bit too far fetched.”