This is the moment a motorist "cut up" a cyclist on the road - before allegedly running over his foot and trying to hit him with a WALKING STICK.

This is the moment a motorist “cut up” a cyclist on the road – before allegedly running over his foot and trying to hit him with a WALKING STICK.

Dino Boni, 47, was cycling to the gym wearing his helmet GoPro camera when he claims the car clipped his arm and pedal from behind as it passed him.

But when he confronted the driver in a nearby petrol station car park his camera footage shows the driver trying to hit the dad-of-three with his walking stick.

Dino, from Bournemouth, UK, who now lives in Eau Claire, Wisconsin, released the footage in a bid to encourage others to wear helmet cams.

He said: “He was literally millimetres from my front tyre.

“I followed him. I wanted to talk to him, and at the very least let him know he had hit me.

“He pulled in but he didn’t stop.

“I told him he needed to stop and I put my front wheel in front of him thinking he would stop like any sane person would, but he ran over my right foot.

“Then his wife got out yelling at me that she was deaf. I was wearing a bright orange top – I’m not sure what that has to do with being deaf but they couldn’t have missed me. 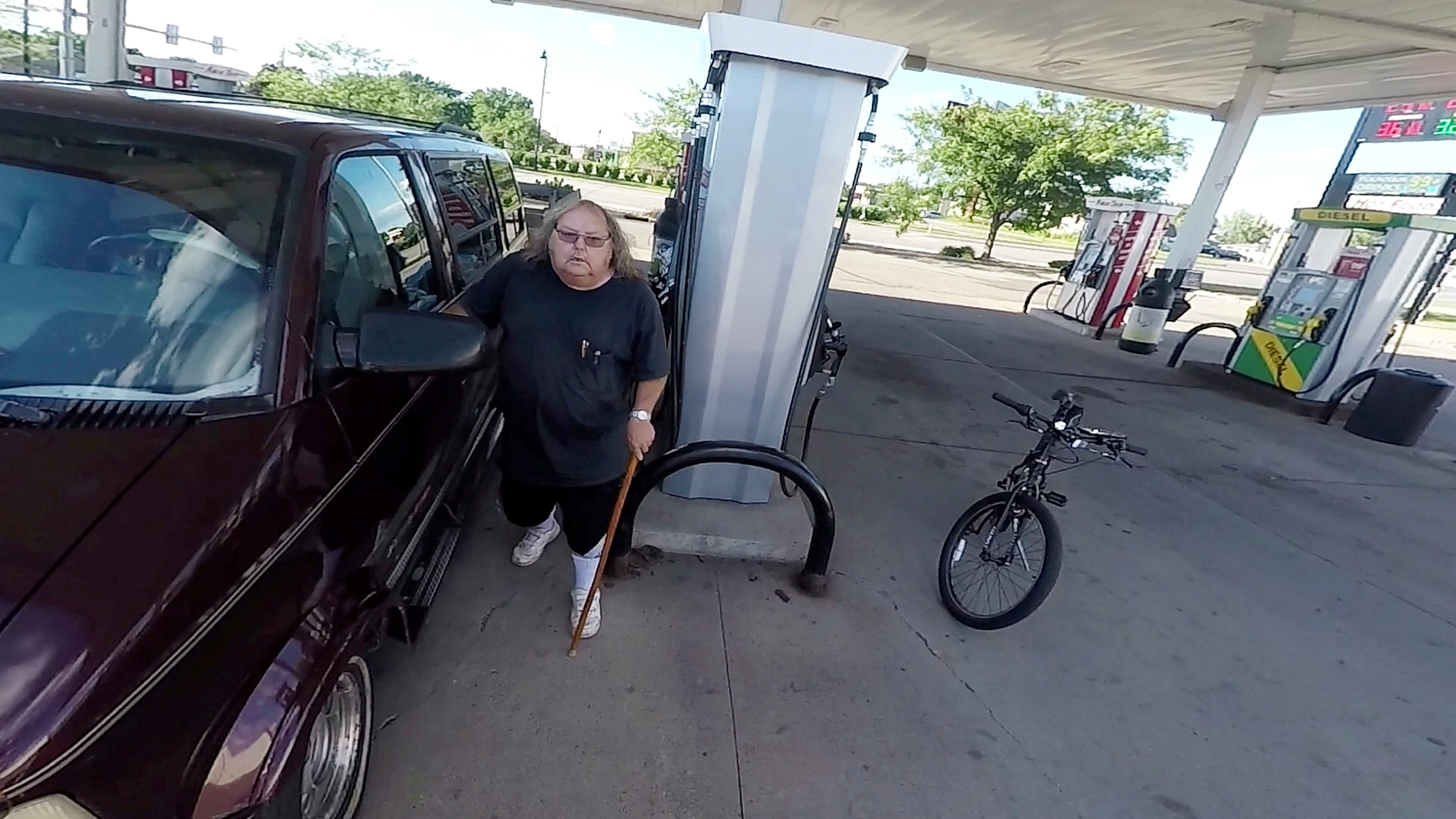 “Then he comes out and goes to hit me with his cane. I couldn’t believe it.

“I could see this guy videoing me and laughing and I just thought ‘you’re not worth this – it’s going to get ugly’.

“I still don’t know how he didn’t see me.

“If he had hit me with his car, if he had been a few inches closer, I could have been under the wheels of his trailer.

“It just goes to show that it’s important to have your helmet and camera.”

The incident happened in Eau Claire, Wisconsin, earlier this month.

Investing in Cryptocurrency without Losing All Your Money

Investing in Cryptocurrency without Losing All Your Money