These pictures show Britain’s strongest disabled man – who holds the record for lifting stones heavier than him.

Mike Bishop, 38, suffers from the ‘invisible illness’ Ataxia where he appears fine one moment and struggles to walk, talk and has temporary paralysis the next.

He now focuses hard on his coordination to stop himself from falling over.

‘Big Mike’, known for his 6’5 stature, was originally diagnosed with episodic Ataxia at 25 after suffering from seizures at 21.

His condition has since evolved to Cerebellar Ataxia in the past five years resulting in him needing to move back in with his parents.

At 34, Mike spent two years bedridden with his condition while family and friends believed he would have to be transferred to a hospice.

But Mike’s drive to get better saw his life dramatically change when he joined Mystyle Gym in 2016 and worked on rebuilding his strength.

A year later Mike won the title of Britain’s Strongest Disabled Man at the Olympic park in 2017 and secured this year’s title too.

Mike of Bristol said: “It’s hard mentally and psychologically to deal with especially early on when I didn’t have a diagnosis and people thought I had Parkinson’s or epilepsy.

“Some forms of Ataxia are classed as an invisible illness.

“People can’t see that I have a brain injury and that my brain is shrinking.

“It’s sometimes good, it’s sometimes hard but I like that I get to give a voice to people with invisible disabilities out there.”

He has also come second at World’s Strongest Disabled Man and holds the world record for lifting atlas stones, heavier than him at 150kg, and pulling racing trucks.

He said: “It was great to be at the Olympic park where lots of able-bodied and paralympians were before me.

“Even though I was very ill at the time, the 2012 Olympics were a massive motivation for me.

“Seeing people with different disabilities have success really shifted my mindset to what I might be capable of doing.

“I try to stay in the standing category instead of the seated category at competitions.

“There are two categories for people and I could compete in seated but I try to keep standing so I don’t lose control to my condition.” 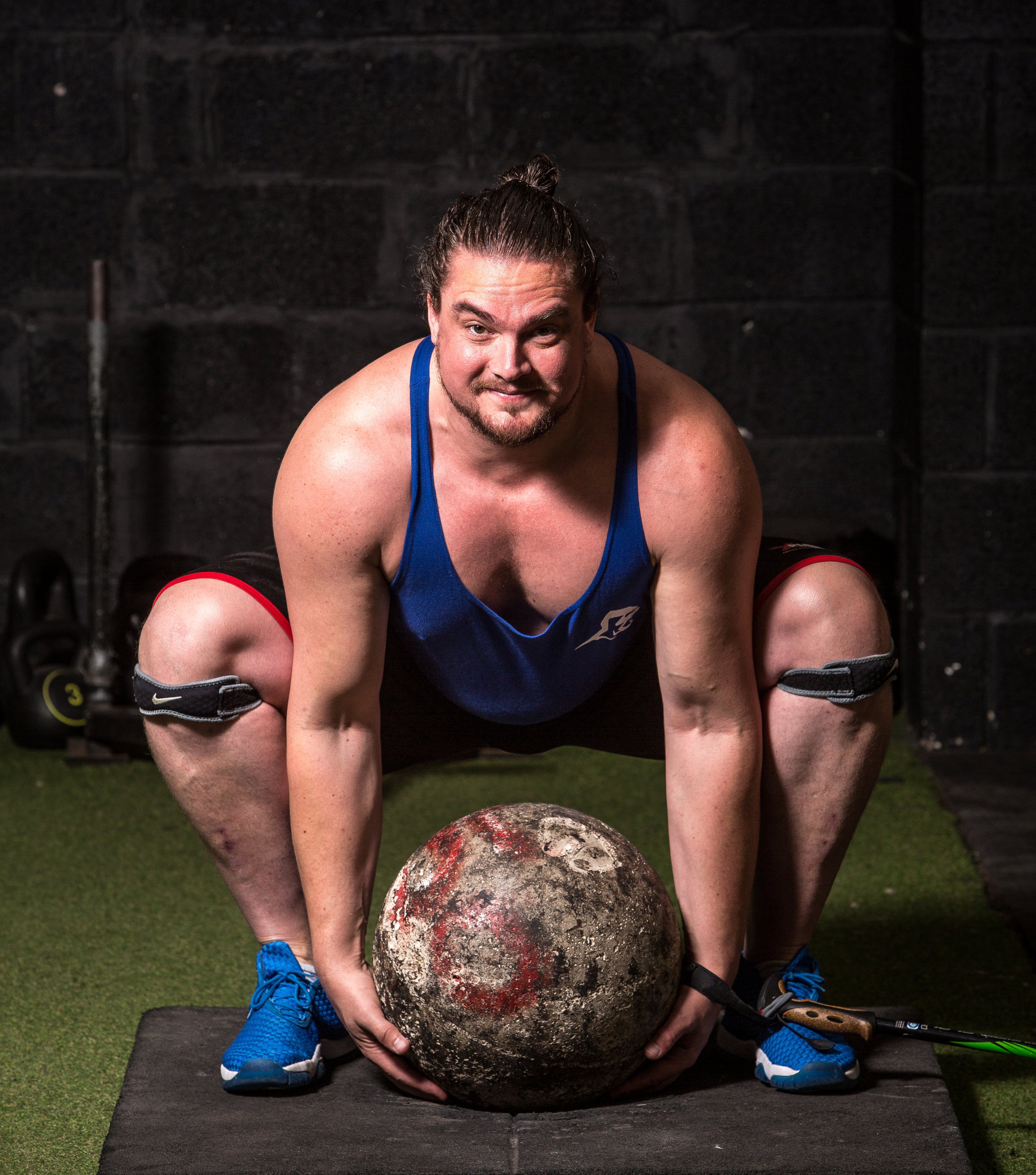 Mike had previously studied Sport and Exercise Psychology at Middlesex University as well as playing professional basketball for London Towers in 2001.

But he had to give it up when the condition got much worse.

Using knowledge from his degree, Mike spent all his time recognising where his movement was poor and how to improve it.

He said: “I would struggle to lift dumbbells next to no weight at all.

“I worked on my core muscles to be able to sit up as well as, progressive practice on resistance machines and balance exercises.

“Anything weighted would control the tremors I often had in my hands and legs.

“I began regaining control over my body and getting a better quality of life.”

Mike can be dependent on his family and friends when the Ataxia is more aggressive and has more issues with fatigue than the average person.

He said: “I’m quite cautious to move out independently because of the sheer amount of paperwork to get a care package.

Doesn’t mean I don’t have days and weeks at end where I’m dealing with the side of it where I can’t walk.

“Even now when I have the support through the social media and people at the gym – I feel I don’t always realise because I’m so focused on just keeping moving.

The competitions host people with a range of disabilities including amputees, accidental or medical issues and people born without limbs.

In one of the three competitions from the past year, he has sat out of one because the Ataxia took over.

Mike added: “There are some amazing stories of people triumphing at competition. I’m blessed to have a big stature and talk about my illness because people don’t always know what’s wrong with me.”

Since winning his titles, Mike is working towards World’s in September with his very supportive partner, Clare Richards, 33.

He tries to get to the gym four times a week and can spend an hour and a half on a stretching routine which could take an able-bodied person 20 minutes.

It is unknown what sparked the Ataxia in Mike but with more than 60 types in the world, the condition doesn’t have a cure.

Mike’s coach has adapted his program to vary dependent on his nervous system on days when he finds it difficult to focus.