George the tortoise. Anna Ferguson, 46, whose tortoise, George, smashed through a brick wall to escape from its enclosure and is now on the run. May 31 2018.

A tortoise has been hailed the toughest in Britain after it escaped from home – by smashing through a BRICK WALL.

Super-tough George, 13, rammed through the wall of his enclosure and fled into the night on Sunday – leaving his owners shell-shocked.

Owner Anna Ferguson, 46, came to collect the Hermann’s tortoise from the garden shelter and bring him indoors for the night.

She said the tortoise has been getting stronger as it gets older and managed to bust through a 3ft high brick wall.

Anna has launched a social media campaign to find George – with retweets by chef Nigella Lawson.

Gutted Anna said: “He’s smashed through a bottom row of a three foot high brick wall to get out.

”When I inspected the enclosure I noticed a loose brick revealing a hole. He’s pushed it out.

“It’s devastating but he is getting stronger as he ages and managed to escape before.

“Luckily we stopped his first getaway after noticing him on the lawn.”

Anna and hubby John, 47, have offered a £50 reward to anyone who finds the runaway reptile.

“We keep the garden overgrown for him so he has places to hide.

“He likes to dig around and quite a lot of the time we’ll say ‘Where is he?’ only to find him hiding in the garden minutes later.

“His outdoor enclosure is eight foot by five foot but it’s quite big for him but he’s so strong now. 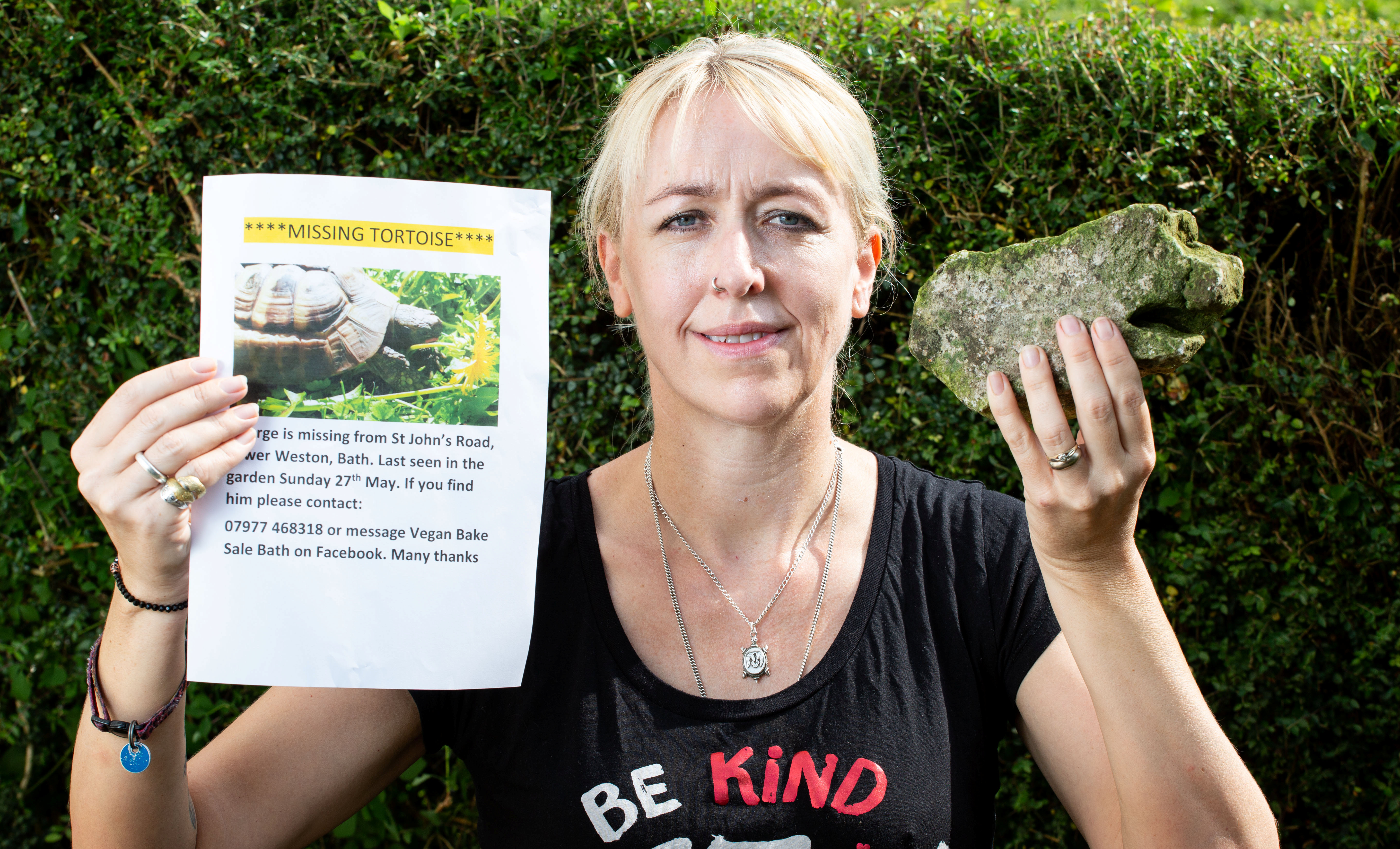 “George stays in at night because there are predators like a fox and badger – he has a big enclosure inside.

“I’m worried he could get attacked by a rat if we don’t find him.”