A fitness class has become the first in Britain to practice pilates with GOATS – and they’re not kidding.

The bizarre exercise, which involves eight baby goats climbing all over participants, has taken off at a former dairy farm.

Organiser Laura Corbett breeds the pedigree kids at her farm on the Marlborough Downs, Wilts,.

She says she was inspired by seeing videos of goats standing on people’s backs during yoga classes in the USA.

Laura says animals and pilates both increase ‘feel good’ hormones in humans – such as serotonin – creating a “perfect marriage” for relaxation.

Because young goats interact with humans so closely and like to nestle and be stroked it relaxes the class members – which benefits the pilates exercises.

“Goats have individual characters and connect with us by looking at us in the eye, so no-one can help but fall in love with them.

“They playfully jump and climb on top of you, lightly nibble your clothes and hair, taking real interest in each participant.

”Providing great therapy and an enjoyable experience, which can’t help but make you smile.”

The classes of up to 16 participants start by standing on mats in a barn as the kids are brought in.

The group warms up, while their four-legged friends inquisitively sniff around and nibble their shoelaces.

Young goats are used because they are light enough to climb on human’s while stretching and exercising.

Laura, who introduced the Boer goats to her family farm, added: “We can only use the baby kids because they are small and agile.

“They are between three and six weeks of age, any older and they become too heavy and develop horns that can be quite sharp.”

Pilates – distinguished from yoga for its focus on muscle conditioning and relaxing – improves peace of mind and body strength. 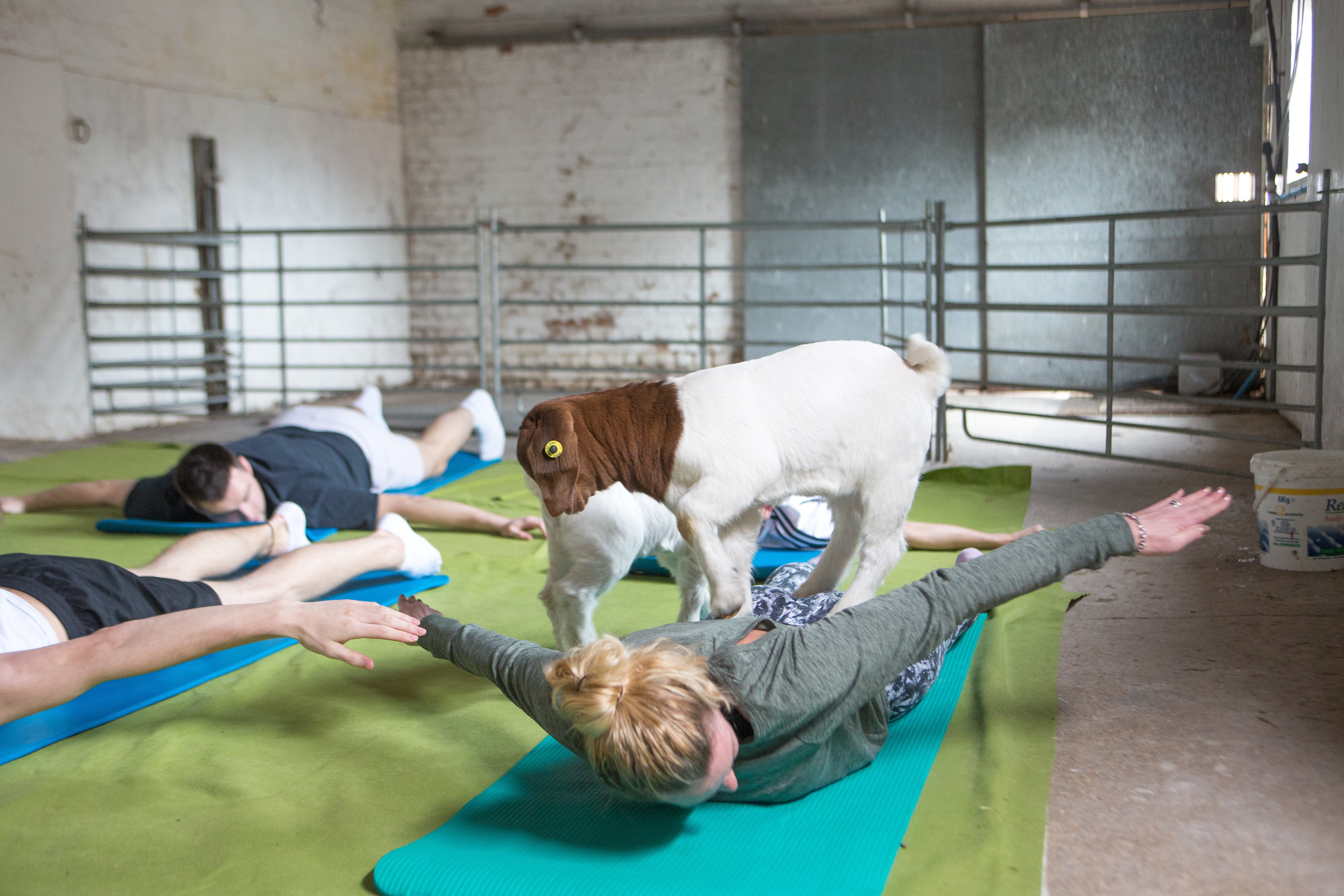 Noremead farm was established 75 years ago and Laura is the third generation of farmers, running the farm with dad Robert Cooper, who was born in its founding year.

They also farm white park cattle – Britain’s oldest cow which is so tasty King James I declared it ‘Sir Loin’ 400 years ago.

Laura hopes to run the classes for three weeks annually while the goats are in the younger stage of their life.