Britain’s most famous scientist Professor Stephen Hawking has died today at the age of 76.

The famed theoretical physicist passed away peacefully at his home in Cambridge after a long battle with motor neurone disease.

He was diagnosed with the condition in 1963 when he was 21 and he defied medical experts who said he would be dead within two years.

His children, Lucy, Robert and Tim said in a statement: “We are deeply saddened that our beloved father passed away today. He was a great scientist and an extraordinary man whose work and legacy will live on for many years.

“He once said, “It would not be much of a universe if it wasn’t home to the people you love.” We will miss him forever’.

They also praised their father’s ‘courage and persistence’ that inspired people from across the world, and a recent poll voted him the 25th greatest Briton of all time.

There was no answer at Professor Hawkins’ £1.5m home in Cambridge this morning (wed), however a middle-aged woman could be seen standing on a first floor balcony.

She looked solemn walked out on to the balcony at the front of the property two or three times before returning inside.

The physicist’s large modern residence stands on the corner of the street, with large pine trees sheltering the home from view.

Although only 10 minutes’ walk from Cambridge city centre, the only sound that could be heard was a water fountain in Mr Hawking’s garden.

A middle-aged woman walked out onto the balcony at the front of Mr Hawking’s property two or three times, looking solemn, then returned inside.

A book of condolence is due to be opened at Gonville and Caius College in Cambridge, where Professor Hawking was a fellow.

This morning (wed), the flag outside the college was at half-mast as a sign of respect to the late scientist.

Since the 1960s, he became the world’s most famous scientist since Albert Einstein despite being wheelchair-bound and only able to communicate using his famous voice synthesizer.

He was the first to set out a theory of cosmology as a union of relativity and quantum mechanics and wrote several popular science books including A Brief History of Time.

He also discovered that black holes leak energy and fade to nothing – a phenomenon that would later become known as Hawking radiation.

Through his work with mathematician Sir Roger Penrose he demonstrated that Einstein’s General Theory of Relativity implies space and time would have a beginning in the Big Bang and an end in black holes.

The scientist gained popularity outside the academic world and appeared in several TV shows including The Simpsons, Red Dwarf and The Big Bang Theory.

He was portrayed in both TV and film – recently by Oscar winner Eddie Redmayne in The Theory of Everything, which charted his rise to fame and relationship with his first wife, Jane.

Tim Berners-Lee, inventor of the web, was one of the first people to pay tribute to Prof Hawking.

“We have lost a colossal mind and a wonderful spirit. Rest in peace, Stephen Hawking,” he said.

The vice chancellor of the University of Cambridge – where Prof Hawking had studied and worked – Professor Stephen Toope, said he was a “unique individual” who would be remembered with “warmth and affection”.

He added: “His exceptional contributions to scientific knowledge and the popularisation of science and mathematics have left an indelible legacy.

“His character was an inspiration to millions.”

In his 2013 memoir he described how he felt when first diagnosed with motor neurone disease.

“I felt it was very unfair – why should this happen to me,” he wrote.

“At the time, I thought my life was over and that I would never realise the potential I felt I had. But now, 50 years later, I can be quietly satisfied with my life.” 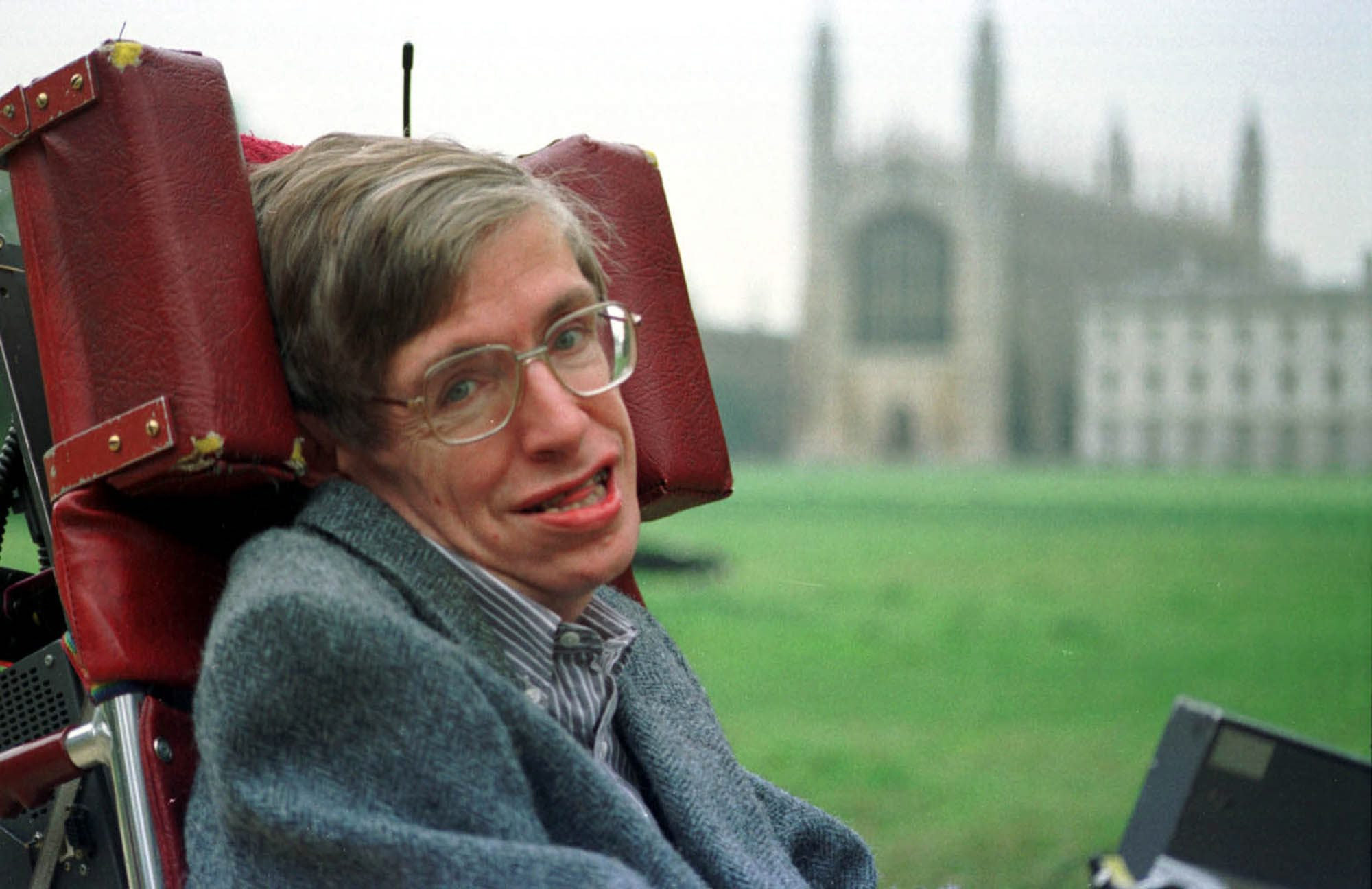 The second wife of the late Stephen Hawking has led tribute to the famous scientist, describing him as “love of her life”.

Speaking from her home in Chipping Camden, Glos., this morning, Elaine Hawking, 68, said: “His death was a relief for him, I believe.

“He proposed to me twice after our divorce because he couldn’t quite cope with it, but I said to him ‘what has changed Stephen‘.

“He was an amazing man. Of course he was a wonderful man, who was very, very special.

“I am still reeling, really I am really upset.

“I know his first wife likes to put me down, but we had 22 years together which was wonderful.

“For us our marriage was loving. People didn’t like it and they tour us apart.

“It is too personal, I can’t give a public tribute because our life was a private one and we had 22 years together.

“It is all too personal for me right now.”

Stephen Hawking married his nurse Elaine Mason in 1995 after he left Jane Hawking, his wife of 26 years and mother of his three children.

In 2004, their relationship hit the headlines when nurses looking after the scientist reported their suspicions to police that Mrs Hawking was physically and emotionally abusing her husband. 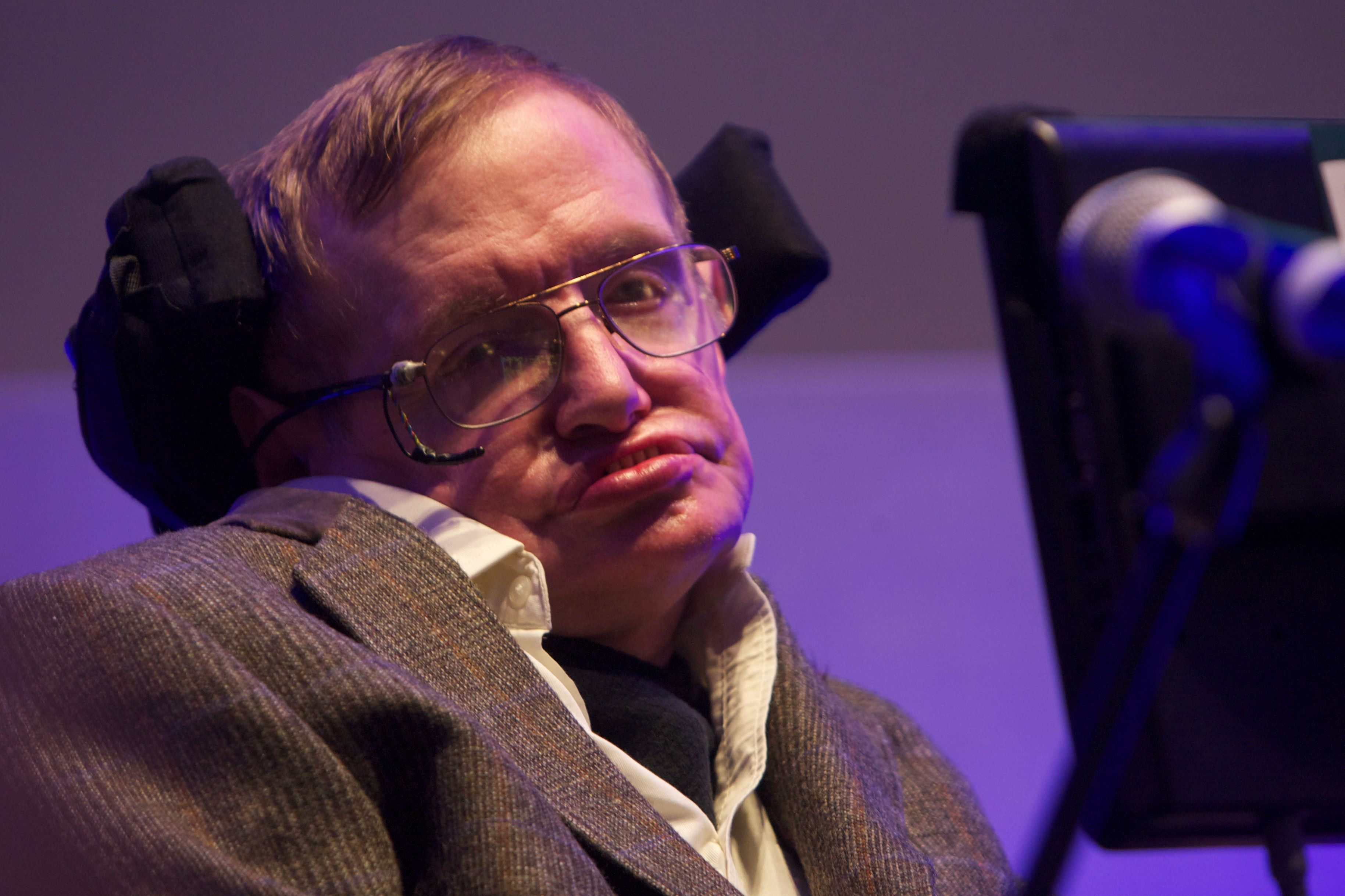 Stephen married his first wife Jane Wilde, 73, in 1965, after meeting her at the University of Cambridge where she was a modern languages student.

They were married for 30 years.

Elsewhere, actor Eddie Redmayne paid tribute to the ‘astonishing’ man he played in the film ‘The Theory of Everything’.

Eddie won the Best Actor Oscar in 2015 for his portrayal of the professor and today (weds) described him as having a “truly beautiful mind” , adding he was “the funniest man I have ever met.”

In a statement shared on social media, Eddie said: “We have lost a truly beautiful mind, an astonishing scientist and the funniest man I have ever had the pleasure to meet.

“My love and thoughts are with his extraordinary family.”

Others took to Twitter to pay their respects including actor David Walliams who wrote: “Goodbye #StephenHawking Thank you for being – amongst everything else – a great laugh.”

Actress Bette Midler said: “Goodbye to the great #StephenHawking, and thank you for your grace, your intellect, your vision, your light and your inspiration.”

Larry King added: “I once asked Stephen Hawking in an interview what puzzles him the most in all the universe. “Women,” he answered. He will be missed. R.I.P.