by Paul Rodger
in News
0

Adopted five-month-old Great Dane puppy Arnie who weighs in at a whopping 43kg (95lbs), with his owner Julie Reid.

A family has adopted Britain’s biggest PUPPY – a real-life Scrappy-Do that is over 6ft and weighs more than a baby HIPPO.

Arnie the Great Dane is only five months old and already tips the scales at a whopping 43kg (95lbs) – and is still growing.

The massive canine is the biggest the team at Dogs Trust in Glasgow have ever cared for.

He was put into care and now a family have fallen in with love and decided to adopt him – even though he dwarfs all of them when he stands at over 6ft on his hind legs.

Julie and Colin Reid and their son Josh from Stonehouse, South Lanarkshire have adopted him.

Julie said: “I received a call from someone at Dogs Trust saying Arnie had come in and that he was a Great Dane.

“We didn’t have a specific breed in mind when looking for a pet but Arnie is the perfect companion.

“When we went in to have a look at him and it was just love at first sight.

“He is gentle, loving and so playful; he will definitely fit in at home, we are just relieved we have a big enough home to accommodate our new baby hippo.

Julie and her family – who were unfazed by Arnie’s size – have four other dogs, including a Dogue de Bordeaux, two Chinese crested dogs and a French Bulldog.

She said: “We’ve always fostered and have had Dogue de Bordeauxs which are medium to large dogs.

“It’s so funny taking them for a walk because they’re so different in size.

“Arnie’s just a puppy but is so big already, I’ve no idea what he’s going to be like when he grows up.”

Dogs Trust said Arnie was handed in to them by a family who cited a change in personal circumstances.

His vet records showed the first time he was weighed at eight weeks he was 10kg (22lbs). 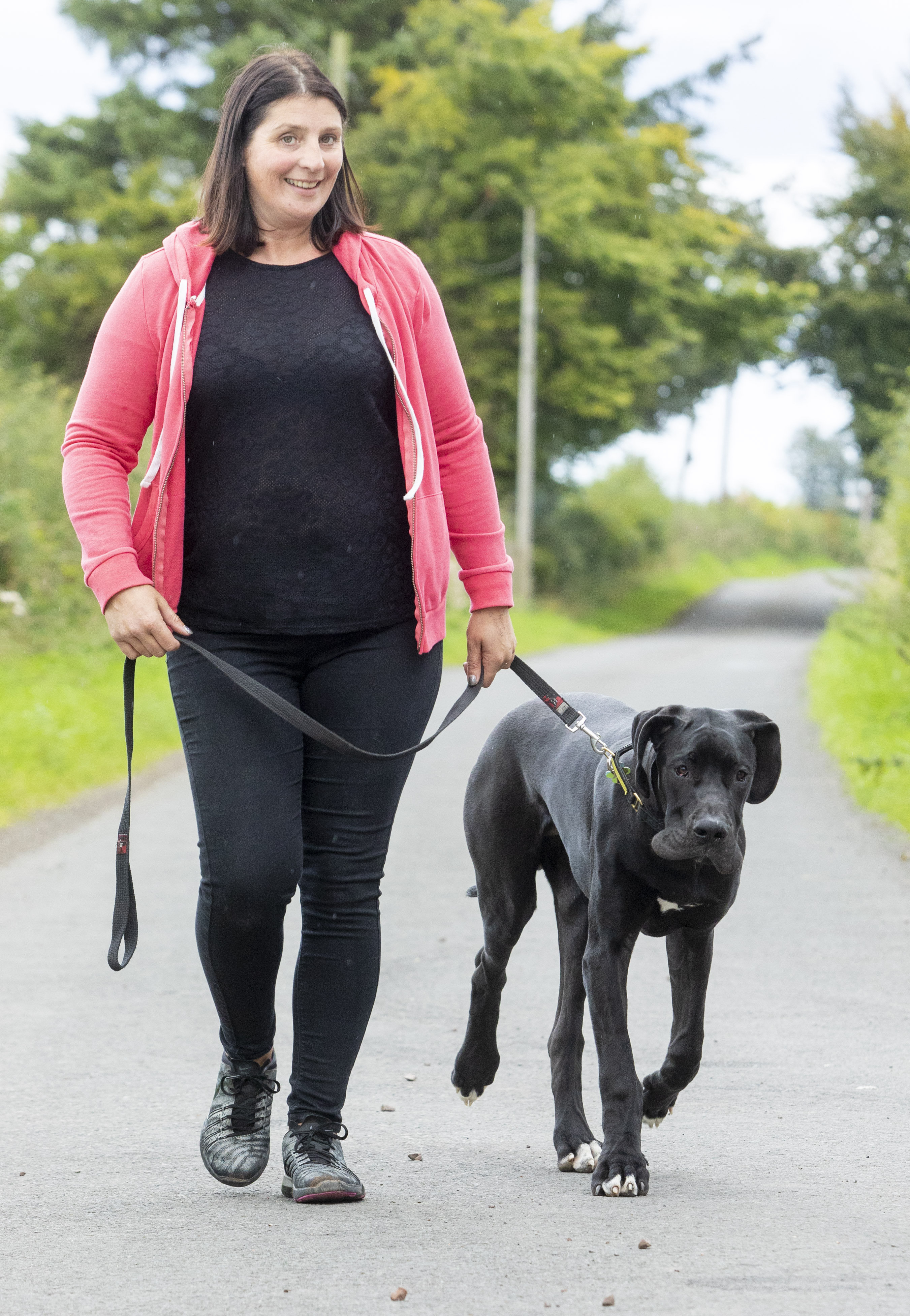 Arnie, who according to Dogs Trust is big for his age and could potentially double in size as he gets older to a hefty 90kg, eats a kilo-and-a-half of raw meat per day, along with fish, egg and vegetables.

Luckily his new owners have an acre of land for him to exercise and burn off his mighty meals.

Julie, who encourages others to adopt instead of buy from breeders, praised Dogs Trust for their help.

She said: “The Dogs Trust Glasgow team have been fantastic, they’ve said they’re there is we need any support which is great.

“I’ve had two calls so far about followups to do with behavioral advice and making sure everything’s OK.

“But he’s still young and hasn’t learned any bad habits.” 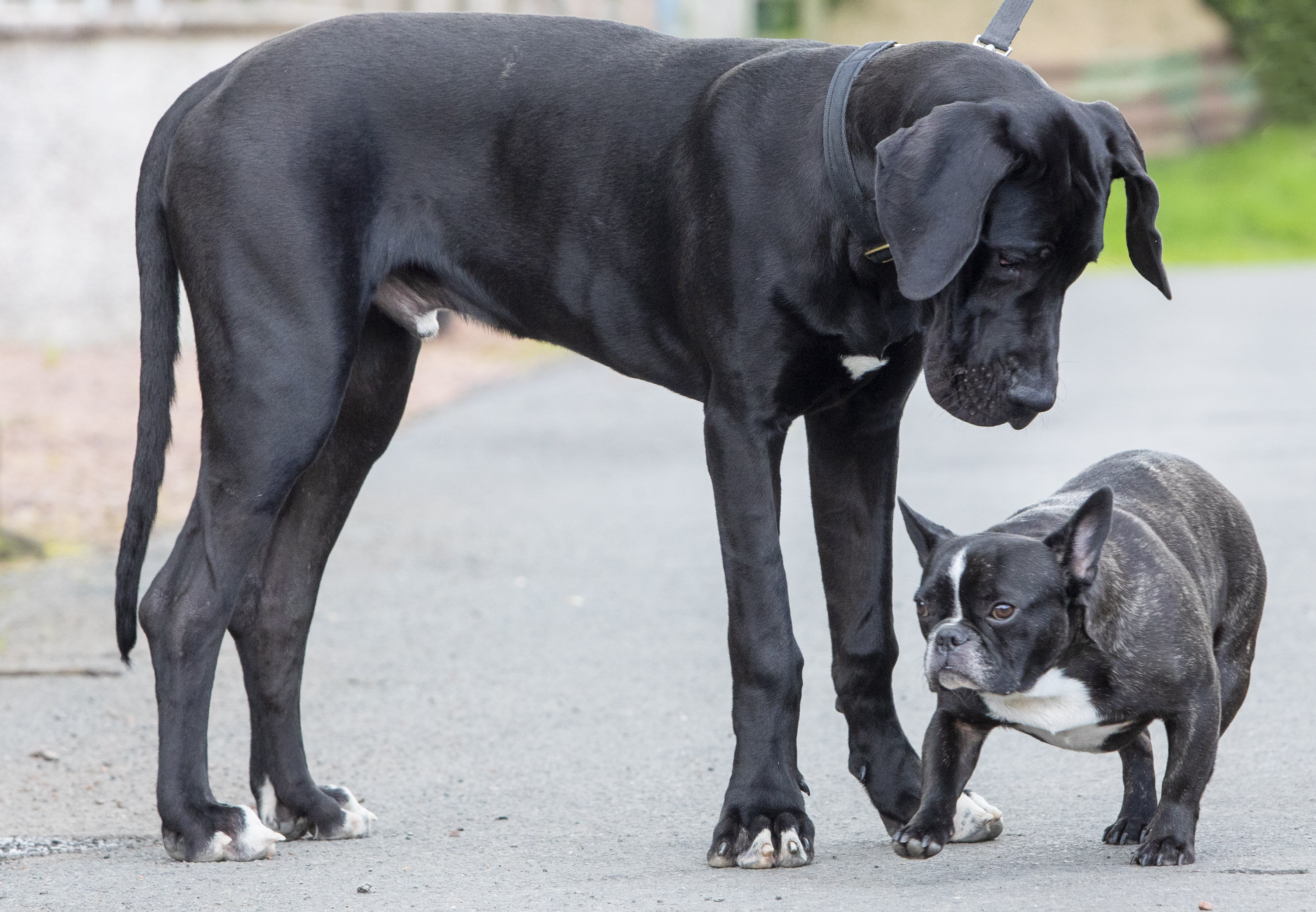 “We are always overjoyed when a dog finds their perfect someone and we are sure Arnie has gone to a home where he will receive lots of love and care.

“The team can’t wait to get regular updates from Arnie’s family on all his antics because he is definitely a lap dog at heart and has no idea just how big he is.

“We can’t be sure how big Arnie will grow to but, even now, he is still the biggest puppy Dogs Trust Glasgow has ever rehomed.

“We still have plenty of dogs of all shapes, sizes and breeds in our care awaiting their forever homes so anyone interested in adopting a rescue dog should pop down to Dogs Trust Glasgow for more information.”