Arthur Watson at his flat which he has been ordered to clean.

One of Britain’s biggest hoarders has vowed to finally clean up – as his daughter is getting married.

Eccentric Arthur Watson, 69, has been collecting everything from old newspapers to bicycles for more than 30 years.

His small home, which he bought in 1982, is packed in every room with piles of junk including books, clothes and other scattered belongings.he can’t bear to throw out.

There is also a mountain of washing up and his carpet is barely visible beneath the huge piles of newspapers and possessions at the bottom floor flat..

But Arthur, who started his exteme ‘hoarding’ after he divorced from his wife more than 20 years, revealed he was finally hiring a van and planning several trips to the dump this week to clear away some of the clutter.

He said he now wants to have a few guests around, especially as his daughter Anna is getting married to her fiance Matthew in August.

He added: “I am quite happy, but I have got to the point where I could do with a little tidy up.

“My daughter has given up on me. She knows I am a lost cause. She thinks that if I have not poisoned myself by now then I probably never will.

“I have a few friends around the fish and chip shop, and I have invited them around for barbecue, but never accept my invitations. I think they have heard my house is a bit of a tip.”

Arthur, a former museum curator, is not getting rid of everything though and insists some of the items could come in handy one day – including the six children’s bicycles he stores away – and says others have sentimental value.

He even has the remnants of a handprint his daughter made as a child on his kitchen wall using the goo from a mackerel he was gutting more than a decade ago.

Arthur, of Plymouth, Devon, said: “It is not like I am a miser, I don’t have any gold.

“There is nothing of any value here. In fact if burglars see my flat they think I have already been burgled. I am hoarding memories, and the older you get the more of them I have.

“Me and my wife divorced more than 20 years ago, and I suppose you could say that was a definite turning point.

“She was compulsive with cleanliness, and I had to do all the cleaning, and cooking, everything. It was a bit tricky.

“The collecting didn’t immediately get worse, but everything I could sweep up I have swept up.”

Arthur added that he had kept several things because he thought they might be useful. 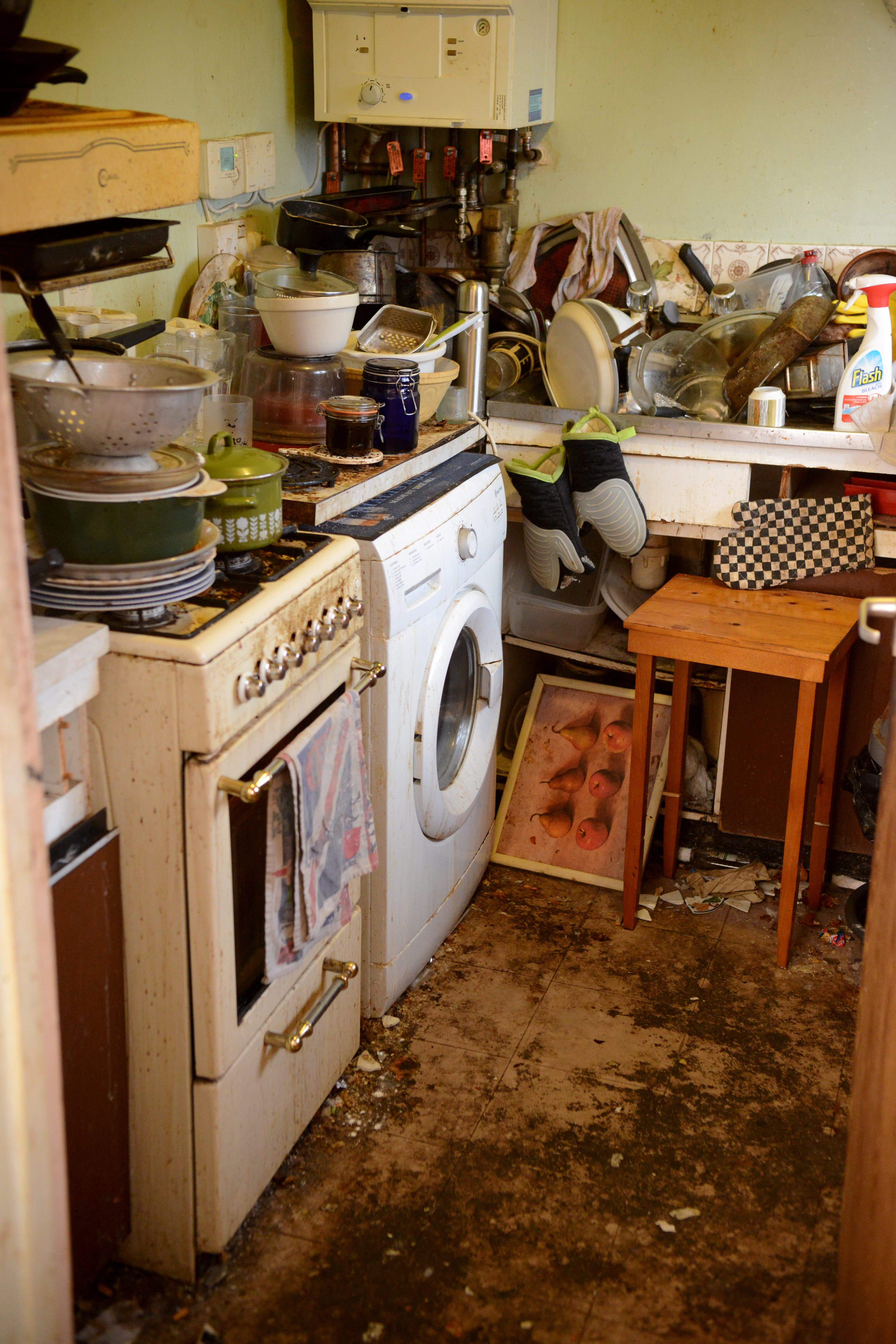 He said his empty wine bottles are earmarked for blackcurrant wine for example and a portaloo from his camping days makes an emergency toilet.

Other items have somewhat odd sentimental value, like the huge stacks of copies of his local newspaper the Plymouth Herald which make the floor uneven.

He added: “My grandfather used to work for the Evening Herald as it was then so I could never throw them out.”

He insists that he usually finds what he wants – say a book – amid the mess but confessed his “retrieval system was not 100 per cent foolproof”.

Amidst the chaos there aer some items which are relatively neatly stored on shelves and in a filing cabinet and the wedding invite has a special place suspended from a string across the living room.

Three years ago he was threatened him with legal action by his local council to tidy up and he cited the Magna Carta in his defence. But he added that no prosecution ever took place.

Arthur says he won’t call a contract cleaner in case they throw out something valuable amid the piles of papers and dirty dishes.