Alex Davis picking up his results from exams that no one thought he’d be fit to sit after a life-changing accident.

Alex Davis, 16, achieved top marks in his results despite missing three months of year 11 when he was kicked in the head during a match for Cheltenham Town u16s.

He suffered a bleed on the brain, a fractured skull and a smashed eye socket – and was told he could never play contact sports again, shattering his dream of playing in the Premier League.

Alex’s parents, who were told he many never walk again, were in tears when he opened his results – nine months after his final match.

He was part of the League Two club’s academy – and would have been offered a contract had he performed well enough up to the age of 18.

Alex is now beginning to plot a plan B career – but doesn’t want to dwell on the illustrious Oxbridge place that awaits if his academic form continues through A levels.

Minutes after opening his results, he said: “I’m still in shock – my parents were in tears.

“It’s so amazing after everything I’ve been through – I can’t believe it.

“Luckily the injury happened at a point in year 11 where we were in the revision stage before the final exams.

“That’s the silver lining because the knowledge was all there – it just meant I had less chance to go over it.

“Doctors have told me I can’t play contact sports again which was devastating. Half my face is metal to protect the damaged area of my brain but the metal isn’t as strong as skull

“It has been really tough up to this point – I was playing football twice a week and it was everything to me.”

Alex, a student at Bedminster Down School in Bristol, will study maths, further maths, physics and history at sixth form.

He achieved 9s in Maths, English Language, Biology and Chemistry, three 8s and another A* in statistics.

He will continue his studies at St Brendan’s Sixth Form College – and is stoic about the loss of his footballing career.

Alex plans to run the Bristol Half Marathon next month to raise money for Bristol Royal Hospital for Children who cared for him after the injury.

He added: “Before the injury I was playing for Cheltenham Town’s u16s.

“I was going into the second year of the apprenticeship with them and about to do my college years there. 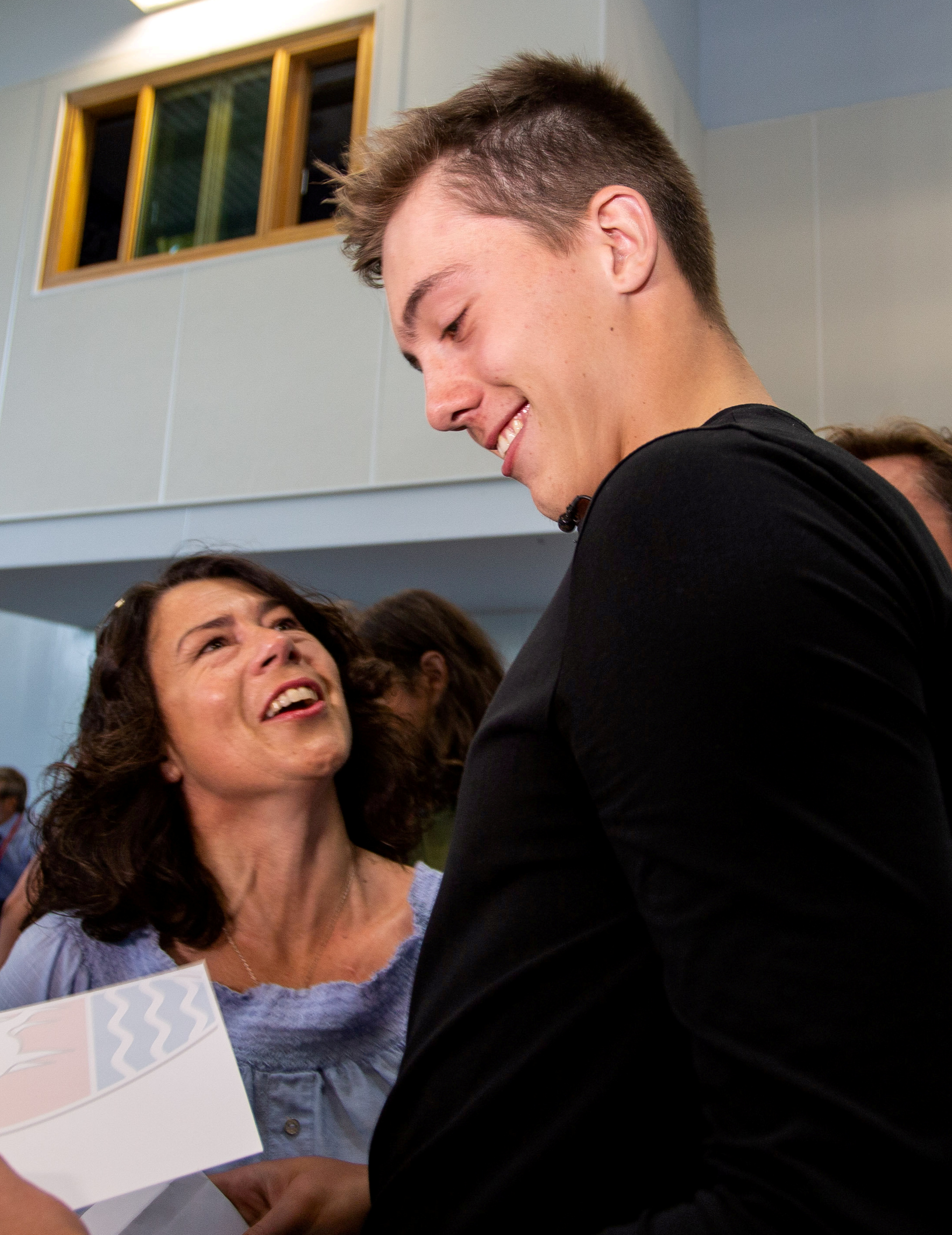 “I would have been staying on to play football and they may have rewarded me with a contract at the end. I have a great opportunity for another career – I just have to work out what it is.

“I was off from November 18 to January – and then attended school one hour a day from January to mid-February.

“There were teachers in hospital but it wasn’t like proper school and it was difficult to study during recovery because I would be so tired.

“I will say that the school have been brilliant – I can’t fault the support they’ve given me
It puts everything into perspective and makes you glad you were well enough to sit the exams.”