The spectacular neoclassical gardens at Stourhead in Wiltshire attract more than 400,000 visitors per year. Its 18th-Century Great Lake, in particular, is one of the most photographed, romantic spots in Britain. The gardens were created by one of the richest men in England at the time, Henry Hoare II, a banker with the money to indulge a passion for grand landscaping and classical architecture.

But Hoare, known as Henry the Magnificent, was anything but the happy, successful man he portrayed himself to be. And his Great Lake, hitherto believed to have been the planned centrepiece of his garden, was in fact the result of his tormented psyche.  Tim Woodbridge’s exceptional new book, The Choice, reveals how Hoare was wracked with grief after the premature deaths of both his wife and son and heir. He flooded his original garden to “obliterate” the grief. In so doing, Hoare created a masterpiece. 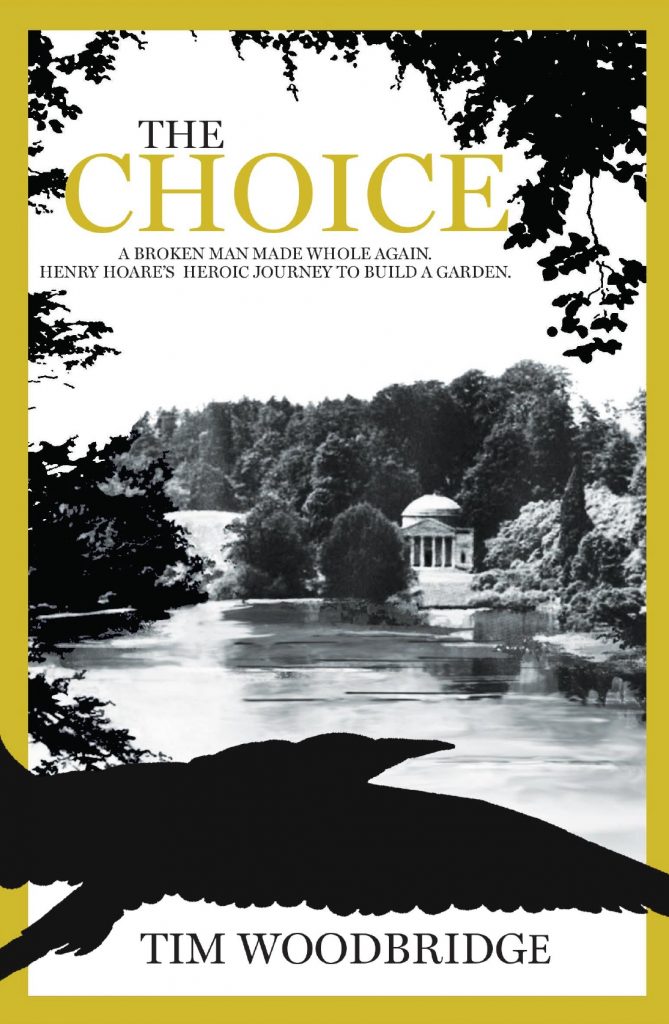 The Choice, then, is an extraordinary book about an extraordinary man. It is a family saga-cum-biography rich in emotional turmoil, life-shattering events and devastating trauma. The author drew on years of painstaking research by his late father, Kenneth, himself described as the leading expert on Stourhead and Hoare, to create his own compelling hypothesis of Stourhead’s creation.

It begins with an argument over money (what else?). As a now-elderly Hoare gathers family members to deliver unwelcome news about the nature of his will, Woodbridge sets the scene for an engrossing, nuanced account of the politics at play in the Hoare household. His book is packed with historical fact and period detail, and is notable for the power struggles that play out in its pages – from Hoare’s insistence on sticking with the minutiae of his design, to quarrels over inheritance.

Woodbridge supports his theory with highly detailed (and weighty) references, illustrations and maps, as well as an extensive list of the classical works that Hoare drew upon as inspiration for his life’s work.  It’s an illuminating tale of 18th-Century life in the upper echelons of society and a fabulous read to boot.

The Choice (Dotesio Publishing) is out now, priced £8.99 in paperback and £7.99 as a Kindle eBook. It is available on Amazon UK or from www.stourheadthechoice.co.uk