This is the bizarre moment a woman was out shopping on a busy street in Bharuch town of Gujarat, India, when she was charged by a passing BULL.

This is the bizarre moment a woman was out shopping on a busy street when she was charged by a passing BULL.

She was tossed at least ten foot through the air by the huge animal which quietly wandered up behind her – before attempting to gorge her with its sharp horns.

Incredible footage shows the animal barge past motorbikes and scooters to charge at the woman who can be seen wearing a yellow sari, about to cross the busy road.

Onlookers ran to her rescue while the animal calmly wandered away, in Bharuch town of Gujarat, India, at around 11am yesterday. 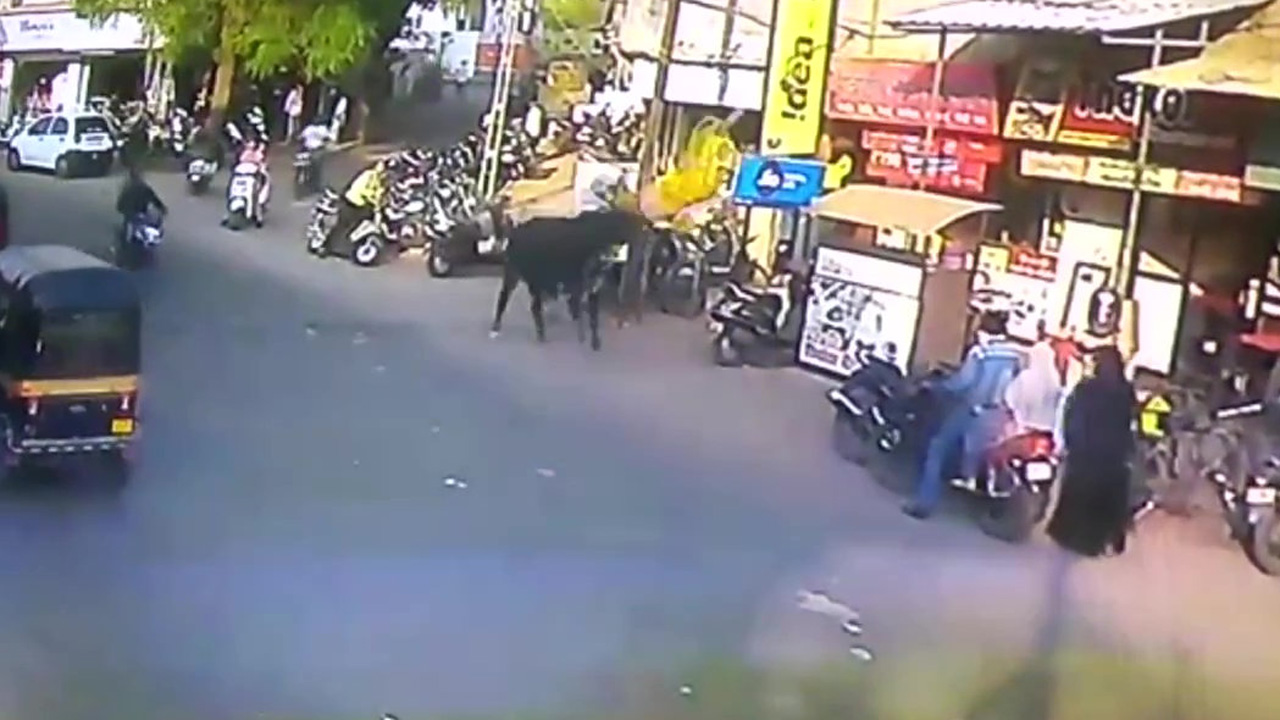 One local said: “The animal appeared calm at first as it crossed the road and passed unnoticed between traffic.

“The bull then set its sights on the woman and hurled her off the ground with devastating force.

“The bad-tempered bull then flicked its tail and walked away like nothing happened.”

The unnamed victim is being treated in hospital but her condition is not thought to be life-threatening.