Shocking footage shows the moment a fist fight erupted between a man with pink hair and another in a thong at a pride festival, with one yelling: “We gave you a ride, b*tch!”

The bizarre clip, filmed by a fellow festival-goer, shows a crowd gathering around the rowdy revelers as punches fly.

At first a pink-haired man can be seen wrestling on the ground with a leather thong-clad rival, who is then thumped in the face repeatedly by a third man.

As that fight intensifies, another reveler takes on the pink-haired man who attempts to punch back – but then his shorts fall down.

Passersby can be seen attempting to break up the scraps and a police officer rides past in a buggy, but the chaos isn’t calmed until an on-site security guard intervenes.

It’s unclear exactly what caused the brawl but towards the end, one of the men can be heard screaming: “We gave you a ride b*tch.”

The tussle, which lasted over two minutes, broke out at around 5pm on Sunday at Long Beach Pride Festival in California. 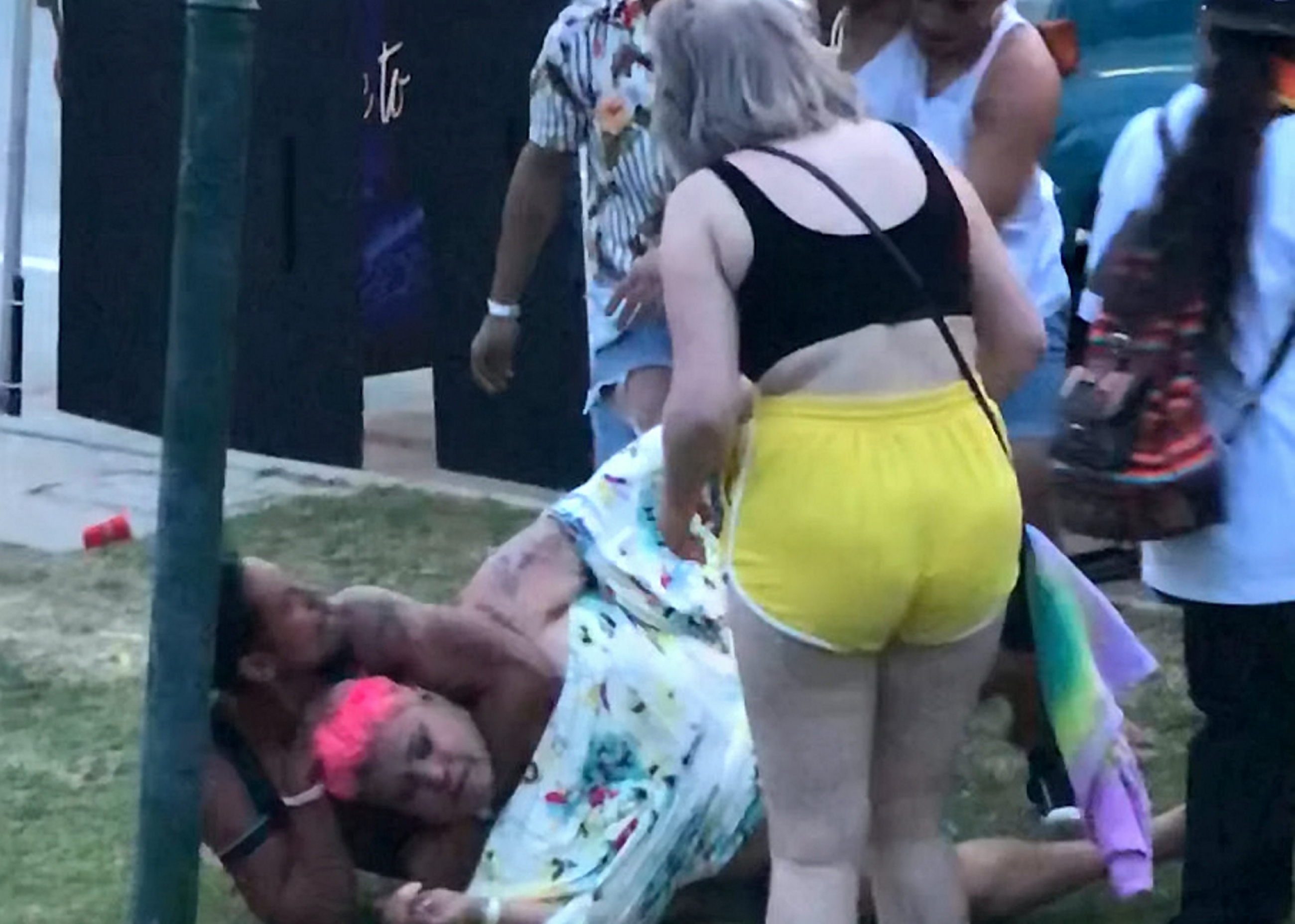 The woman who filmed the video, who asked not to be named, said: “We were walking away from the Latin tent when there was a loud thud and we saw arms swinging.

“My jaw dropped when I realized it was a fight.

“There were these grown men and one had pink hair and when I got closer I saw someone’s butt hanging out.

“Then I saw this guy was wearing a thong and there was another gentleman pushing this guy who had the thong – he wasn’t wearing much of anything.

“He looked like he was going to crack his neck into the van. 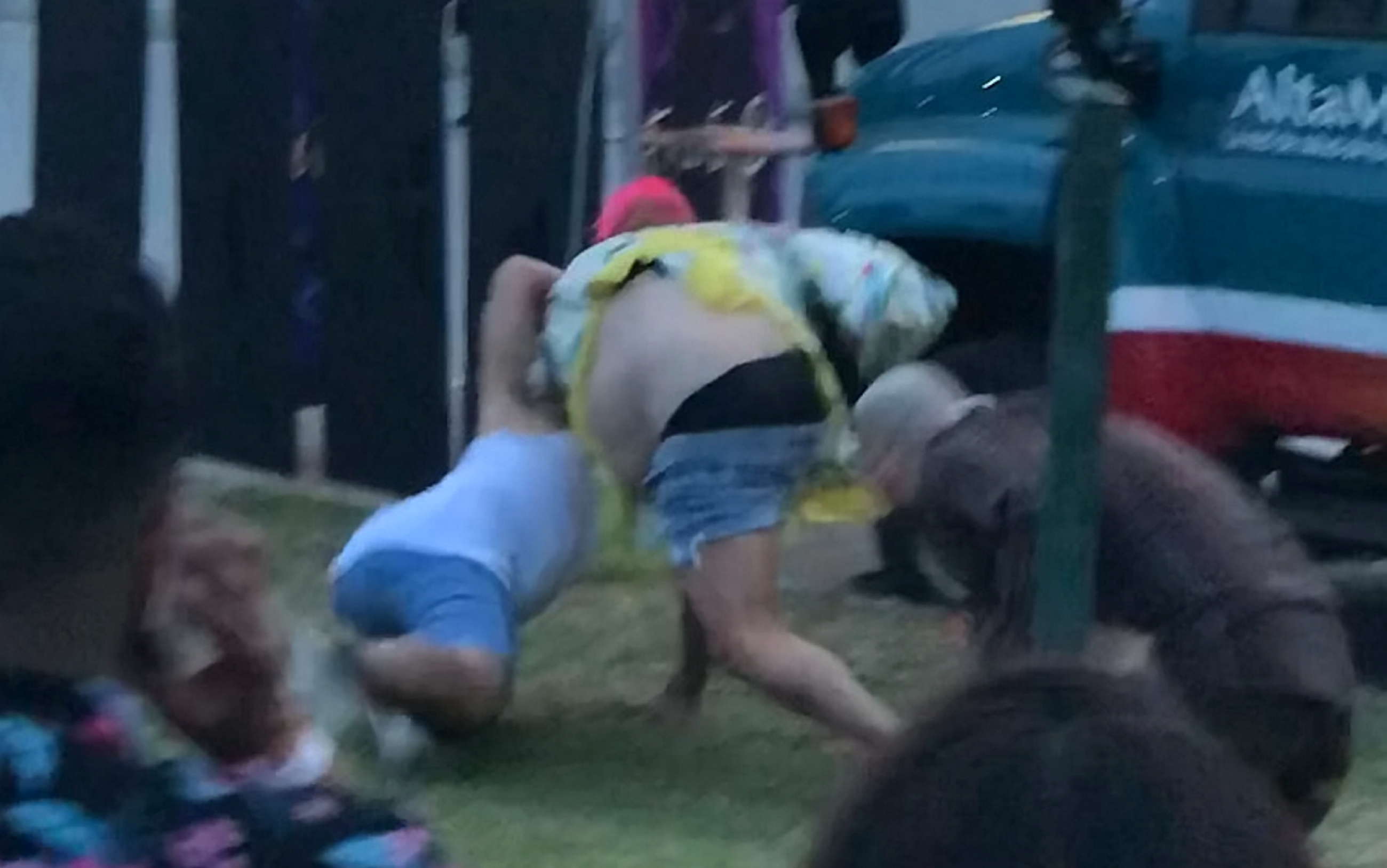 “It was the funniest thing because to get there and park is a hassle and to get an Uber or a Lyft is a hassle too.

“People were trying to separate them and pull them a part.

“I saw one person get punched in the face several times in a row.

“You would have thought the guys would have been seeing stars by the time it was done but they were so amped up that they just kept going.”

The brawl was eventually broken up after a few minutes after a guard in a high vis vest stepped in and the crowd dispersed.

The woman who filmed the video added: “It was absolutely shocking.

“It was certainly a memorable thing to see.”

Long Beach Lesbian and Gay Pride began in 1984 and is now the third largest event of its kind in the US, attracting over 80,000 attendees annually.

On its website, it says its mission statement is: “To engage in and support bridge building activities that educate, encourage and celebrate LGBT inclusion and pride.”

Long Beach Police Department said no arrests were made at Pride and that the force would need to receive a report from a victim to investigate, but it has not received one.