A biker got so fed up waiting for the council to fill a huge pothole he staged these hilarious photos - of a SKELETON in a helmet peering out of it.

A biker got so fed up waiting for the council to fill a huge pothole he staged these hilarious photos – of a SKELETON in a helmet peering out of it.

Brian Joce, 64, says he was forced to take drastic action to highlight how big and dangerous the hole on the A3083 at the entrance to his village had become.

Brian started to use his helmet and gloves to pretend the pothole was so deep a biker fell into it and took a few pictures.

The day after, he decided to try and take pictures of the hole with a toy car and a rubber duck before returning 24 hours later with the skeleton.

Brian explained that the pothole was first spotted ten or 15 days ago and that it was reported to Cornwall Council.

He said that only after his pictures went viral the pothole was finally filled in.

He added: “It started on March 18, when we took a lot of pictures of the road.

“People on the Lizard Notice Board [Facebook page] were asking where it was or saying ‘Oh, I just drove into it’. So I thought I’d just highlight it.”

“We have a Halloween skull so we put it in the pothole with a couple of bones, to show we’re waiting for repairs.”

Cornwall Council said on its website that how quickly they fill a pothole depends on whether it was reported to them or identified during a safety inspection, and the priority they assign. 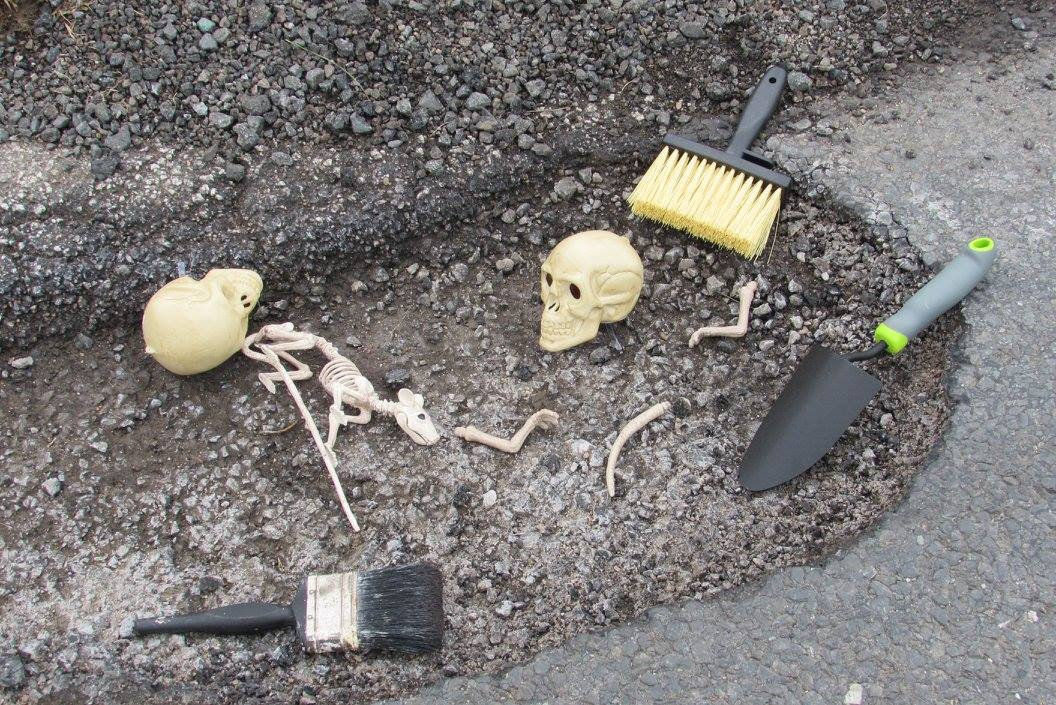 A spokesperson said: “Safety is always our primary consideration.

“Potholes reported to us will be inspected and prioritised as soon as practical. If they are considered to be a significant hazard they will be treated by the end of the next working day.

“Those that are not likely to be dangerous are added to our list of programmed work and normally treated within six months, often as part of a wider patching or surfacing programme.”