This is the hilarious moment a greedy bear believed to be enjoying a midnight feast was caught red-pawed after breaking into a car.

This is the hilarious moment a greedy bear believed to be enjoying a midnight feast was caught red-pawed after breaking into a car.

The hungry animal was attracted by the smell of snacks and managed to open the unlocked door before climbing inside to eat them.

But the door swung shut, trapping the bear inside the car in Carnelian Bay, California, USA.

Placer County Sheriff’s Department attended the incident on May 20 and found the bear had panicked and destroyed the interior so badly the doors could not be opened to free it.

Quick-thinking Deputy Dave Lade resorted to shattering the window so the black bear, which had been trapped for an hour, could escape.

Footage filmed by a fellow officer shows the moment the guilty animal clambered out of the Subaru Outback and fled into the nearby forest.

A spokesperson for the sheriff’s office said the incident is not an unusual occurrence. 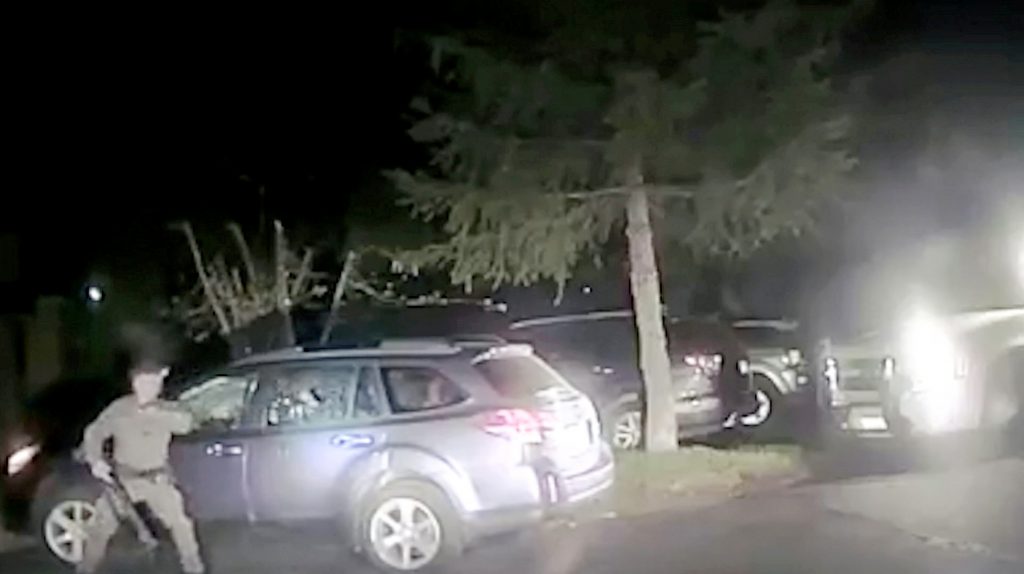 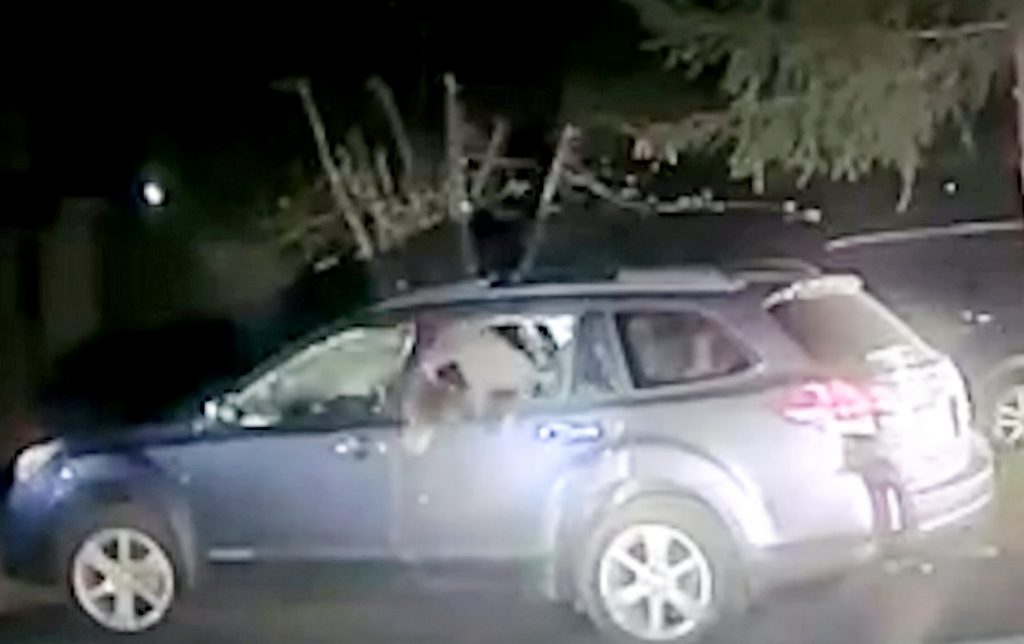 He said: “Our bears are very adept at using the car door to get inside for food but if the door closes behind them, they can’t get out.

“They make a complete mess inside. It was decided the safest way to get the bear out of the car was to break the window.

“Deputy Lade was brave enough to break the window, allowing the bear to jump out and flee into the forest.”