The RSPCA is appealing for information after a rare Shar Pei dog was dumped in appalling condition - in an Adidas suit in Middlesbrough.

The RSPCA is appealing for information after a rare Shar Pei dog was dumped in appalling condition – in an Adidas jumper.

Found tied to a tree, the unnamed dog is suffering from multiple health issues including mange.

The poorly animal – wearing an Adidas top to conceal her skeletal frame – was discovered off Ladgate Lane in Middlesbrough.

She is currently receiving treatment at the vets.

Ian Smith, RSPCA inspector, said: “This dog is in a shocking condition. It has taken an awful long time for her to get into this kind of state.

“I want to hear from anyone who recognises this poor girl, and knows who she belongs to, or who saw anything at all that might help my investigation.” 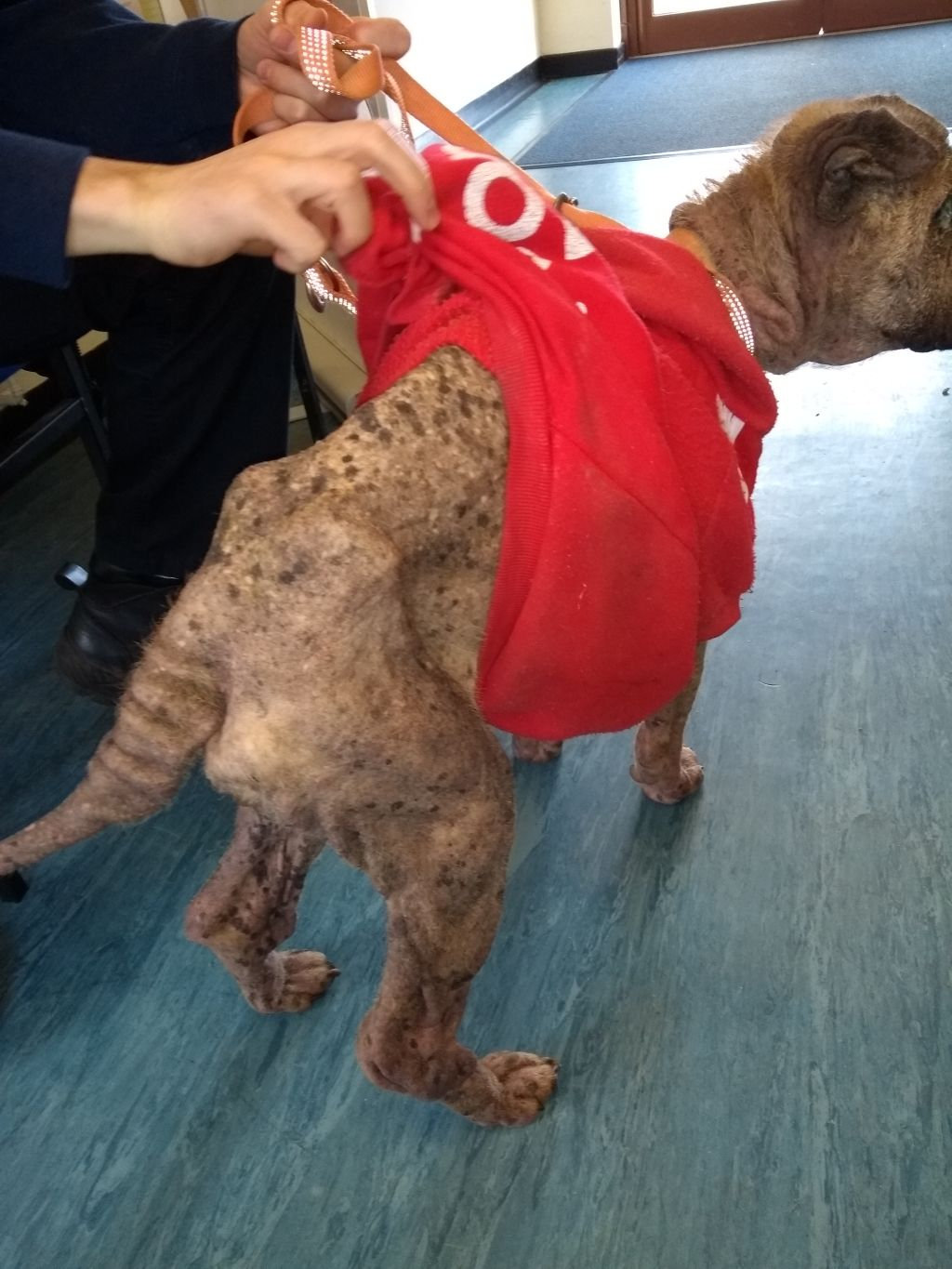 The Shar Pei is one of the world’s oldest dog breeds – but during the 1960s and 1970s it was nearly extinct under China’s communist government.

Numbers have now increased, but unscrupulous breeders have caused a number of them to suffer from health issues affecting their skin, eyes and ears.

As a result, neglected dogs quickly find themselves in an appalling condition.

Anyone with information about the dog should call the RSPCA inspector appeal line on 0300 123 8018 and ask to leave a message for inspector Smith.