Collect of Jeffrey Turner,23, with his guitar.

A man was left red-faced when his Tinder date bought him a brand new GUITAR after he lied about being able to play to impress her on first date – and he never saw her again.

Jeffrey Turner, 23, was left cringing with embarrassment when a girl he met on Tinder turned up at his front door with a £140 guitar as a gift – and asked him to play.

Jeffrey, from London, had never picked up a guitar in his life and was forced to tell his date he didn’t know how to play the instrument.

He was left in the awkward position of being handed a shiny new Yamaha guitar as a gift by his date, 24, who he told he had been playing for years when they first met.

The truth was that he only told Yixuan Jin, a Chinese student studying in London, he was a talented guitarist to woo her when they met for drinks in September last year.

Five months down the line, and on only date number six in February this year, Yixuan bought him the guitar as a leaving gift for his birthday before he moved to Yorkshire.

The pair arranged to meet for a final time before the big move at Jeffrey’s house.

Tesco worker, Jeffrey, says his “heart sank” when he peered through the glass on his front door to see Yixuan carrying a guitar on her back.

Jeffrey said: “She told me she wanted to buy me a present before I moved away. I was about to move to Yorkshire so we met up before I left.

“It was only ever a casual thing but it was romantic. I think she liked me more than I liked her.

“We met a few times and she asked quite a lot if I had a guitar. But I was too far down the line to tell her I lied so just went along with it.

“I never thought she’d find out that I can’t play. 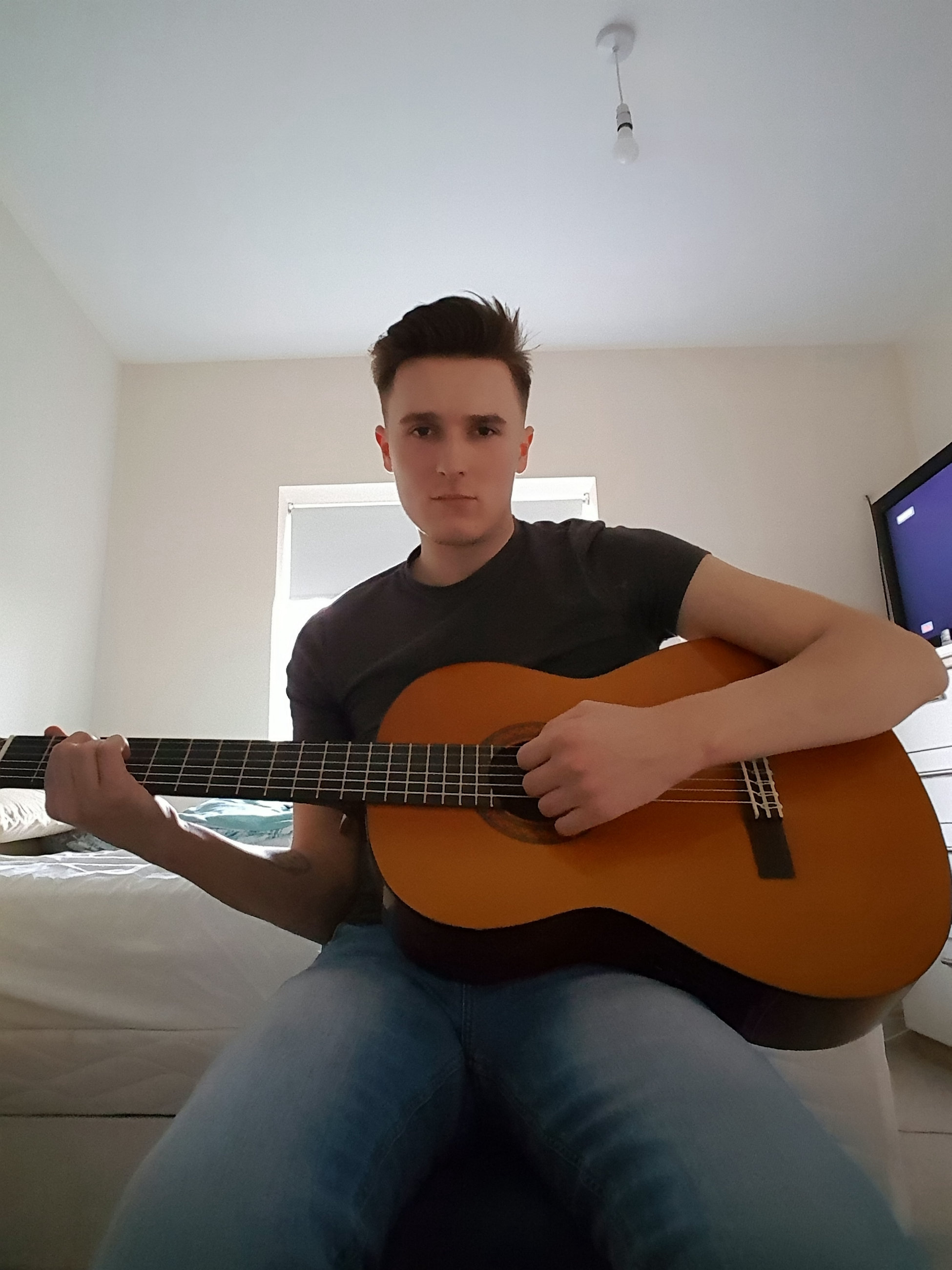 “She came round to my house and said she would bring a leaving gift. I really started to panic and wondered if she would actually bring a guitar after I lied about it.

“She had the guitar on her back and I just didn’t know what to say. She gave it to me and asked me to play and I tried, but just couldn’t.”

Red-faced with embarrassment, Jeffrey tried to tell Yixuan the guitar was out of tune but she soon clicked on that he had lied to her all along.

His confession didn’t ruin their fond farewell however, and the “friends with benefits” spent the evening learning the basics and tuning the guitar.

It cost Yixuan in the region of £150 and was made with rosewood with a high gloss finish.

Nine months down the line and Jeffrey still can’t play the guitar – but says he’s committed to one day learning to play.

Jeffrey added: “She said, ‘you can’t play, can you?’ and I just had to say no. I didn’t really know what to say.

“I’ve still got it because she wanted me to have it.

I do really want to learn how to play it. I’m going to look for a teacher and actually learn.”

Jeffrey and Yixuan first met in September 2017 after matching with each other on the Tinder mobile dating site. 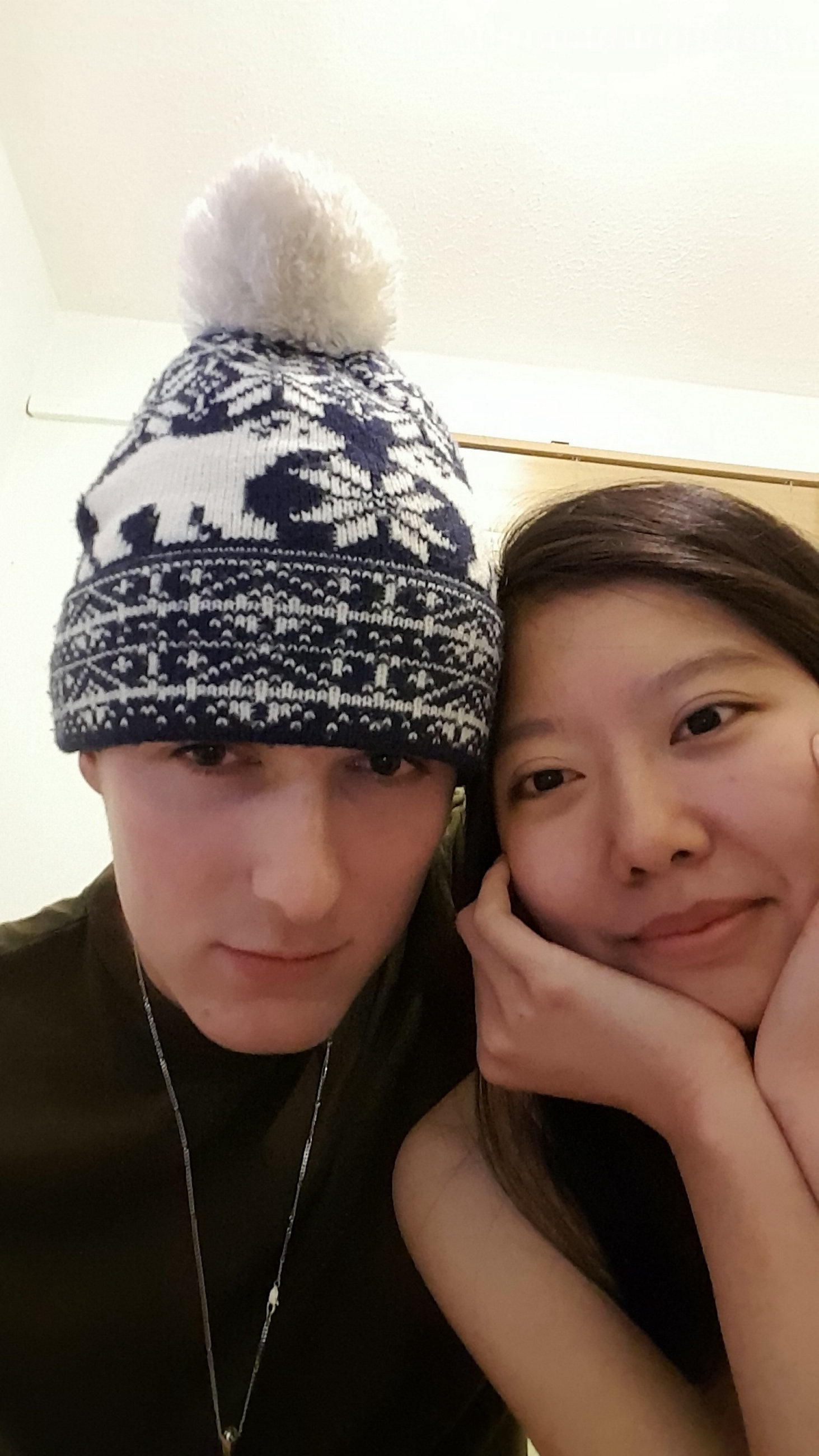 They were both living in London at the time and Jeffrey took Yixuan out for drinks.

Jeffrey, who now lives in Hessle, near Hull said: “We went for a drink together and she asked if I played an instrument. I just went along with it and say yeah to impress her.

“Then she asked me if I owned one and I said no and told her my dad taught me when I was younger.

“We went out again for New Year’s Eve to watch the fireworks in London and she kept asking about it. I was too far down the line to change my story by then, so I stuck to it.”

After casual dates over a period of around five months, Jeffrey broke the news that he was due to relocate to Hessle with his family.

The pair’s fling was “never serious” and Jeffrey says he had no intention to one day settle down in a relationship with Yixuan.

The guitar, a Yamaha CX40, is now joked about by Jeffrey with his friends and by relatives at family gatherings.

Jeffrey said: “My mates think it’s hilarious. I have been telling the story every time I’m out to visit family.

“It’s probably the best Tinder date that anyone has ever received.

“It was just so awkward and I didn’t know where to look.”

Jeffrey and Yixuan are still keep in touch and Jeffrey is relieved that his date holds “no hard feelings” after the mix up.