Paul Gott, 35, and Vikki Mitchell, 30, with their 17 month old daughter Kia Gott, at their home in Bradford, West Yorks.

These amazing pictures show the first time a baby struck by the worst case of meningitis doctors had seen in 25 years arrived back home.

Brave Kia Gott had all four limbs amputated after contracting a rare strain of the killer disease at just nine months old in September last year.

After it was revealed Kia, who turned one last December, had been left brain damaged and is possibly blind, her devastated parents, Paul Gott and Vikki Mitchell, were told by doctors their youngest child might not make it.

However, little fighter Kia refused to give up and on Thursday (31 May) was allowed home for the first time on a day-release basis.

Emotional dad Paul, 35, described the moment as “the best present I’ve ever had delivered to my door”.

Although the long-awaited visit lasted just for one day, Paul and Vikki, 30, have been told Kia could be home permanently as of Monday (June 4).

Speaking about the moment his little girl returned home, Paul said: “I have never seen Vikki cry as much as she has done today.

“It’s just unreal – it’s the best present I’ve ever had delivered to my door. After all this time we just couldn’t believe it.”

The overwhelmed dad, also father to his and Vikki’s two other children – elder brother Kayden, eight, and sister Elsie, four – said Kia had spent most of the day sleeping.

He said: “She was awake when she arrived but after she’d had her feeds and medication she just settled and went to sleep.

“Kayden and Elsie have been so excited – it’s been like a new lease of life for them.

“With Vikki at the hospital 24 hours a day and me at home looking after them we’ve been apart so much.

“Elsie told me it was like the family was back together again.”

For many months while at Leeds General Infirmary’s high-dependency unit, the 16-month-year-old baby was given powerful painkillers after painful skin grafts.

Doctors were unable to say how her brain function had been affected by the illness until she was weaned from the drugs but Paul and Vikki had hoped for the best.

However, Paul, from Bradford, West Yorks., now says the harsh reality has set in that the Meningitis C septicemia Kia contracted last year has damaged her seriously.

He said: “It’s more apparent now she’s come off the drugs that she is brain-damaged but she can at least hear us.

“The future doesn’t really exist for us right now – we just take it day-by-day as we don’t know what to expect.

“We’ve never looked after a disabled baby – I feel like I’ve been born again at 35 and from the day she comes home permanently we’ll start learning.”

Paul discovered a rash on his daughter’s face, neck and chest when he went to check on her in the middle of the night nine months ago.

Paramedics arrived but her veins had collapsed, so they had to drill into her tiny shin to give her emergency drugs.

She was then rushed to Bradford Royal Infirmary where medics told her family it was meningitis and she was unlikely to survive.

Specialists told the family it was the worst case of meningitis C they had dealt with for a quarter of a century.

Kia contracted the condition before she could receive the meningitis vaccine, which is administered to infants at about 12 months old.

The government stopped the vaccination for three-month-old babies last year.

Paul and Vikki say they have been told by Bradford Council’s social care department they will receive no nursing support for Kia at home as she under three-years-old.

They were also shocked to learn they do not qualify for a disabled lift – meaning they have to sleep downstairs on a fold-out bed with Kia.

Paul said: “We were told throughout the whole process we would have a nurse in the morning and at night caring for her at home.

“It’s unbelievable – after what’s happened to Kia they should be running around trying to look after her.

“We’ve not asked for this and in my eyes Kia should be getting as much help as the Government can give.”

A Bradford Council spokesperson said: “Nobody can fail to be moved by what Kia and her family are going through.

“We will continue to work with them, initially through the NHS Children’s Continuing Care team which we support.

“Although she is visiting home for short trial periods, Kia is currently under the care of the hospital.

“The Children’s Continuing Care team is currently carrying out an assessment in preparation for her planned discharge from hospital. 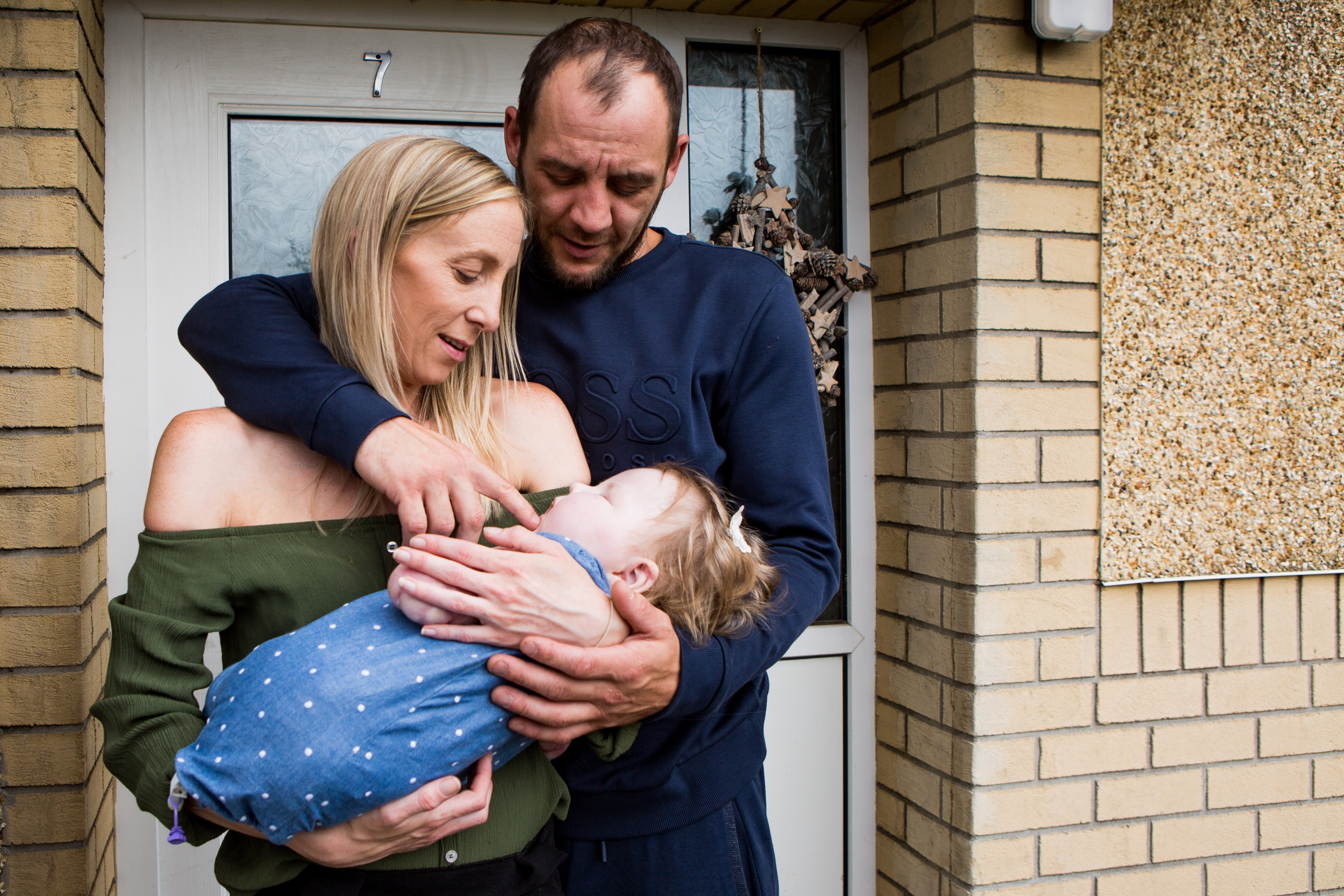 “We will continue to work as part of the multi-disciplinary team who are supporting Kia and her family, which includes the NHS, health visitors, occupational health specialists and other agencies.

“If there is a need identified for social work support at any stage, now or in the future, it will be provided as it is vital that there is a comprehensive and unified package in place to ensure Kia’s and her family’s ongoing needs are met.”

Wellwishers have donated more than £36,000 through a crowdfunding page to support the family’s future.

To make a donation to a new page set up for Kia’s care – which has raised more than £7,000 already – visit justgiving.com/crowdfunding/cheryl-dibbin

Little girl reunited with her cat six years after its ‘funeral’