A disabled show-jumper who has represented Great Britain has been forced to hang up her stirrups – after she was brutally attacked and injured by a neighbour.

Susi Rogers-Hartley, 52, who is paralysed from the waist down, was pulled out of her wheelchair and dragged across the road outside her home by a young man.

The attack happened after she had complained about a teenager revving a moped loudly and it left her with torn ligaments in her hands.

She says she has has now left her unable to compete in Para show jumping competitions which she regularly took part in across the world.

Her attacker, Kyle Fenton, 20, who appeared at Norwich Crown Court on November 21 was sentenced to nine months in a young offenders’ institution suspended sentence for nine months.

He was also ordered to do 150 hours unpaid work after the attack which happened last year (Aug 17).

After the hearing, Susi, who has won national para dressage events, added: “This attack twisted all the ligaments and tendons so I can’t close my hands, they’re ever so sore and painful.

“I’m getting arthritic now because of it.

“I’ve had to change the way I ride so I’ve had to give up show jumping and dressage.”

In an earlier hearing, the court was told Fenton was arguing with Susi after a dispute outside her home near King’s Lynn, Norfolk.

Susi, who owns three horses, claims a teen boy, who cannot be named for legal reasons, was continuously revving his engine down her country road and spooking her horses.

She claims her neighbour came out to tell him to stop but he instead began shouting abusive language at the neighbour, Susi claims she then went to try and calm the situation down.

Susi claims, the teen shouted that he was “going to burn my stables down and kill my horses”.

The teen called his dad on the phone, who then arrived outside her home with Fenton – that is when it “kicked off”.

She said he broke the control stick on her wheelchair and aimed to his her on the head with a wrenches he was holding to which she grabbed onto.

As Susi was trying to protect herself, the court heard she was then pulled out of the wheelchair, dragged across the road on her front and flipped over on her back.

She adds: “When Kyle went to attack me with the wrenches my instinct was to protect my face and use my hands to defend myself.

“He then stretched my hand back and pulled me off out of my wheel chair.

“He was pulling me by my hands and propelled me out of my wheel chair and pulled me on my back. My knuckles got twisted around.

“That is how low and cowardly he is, attacking a person in a wheel chair.

“They threatened to come and kill the horses and burn down the stables. It is ridiculous, what the hell is going on in this world.” 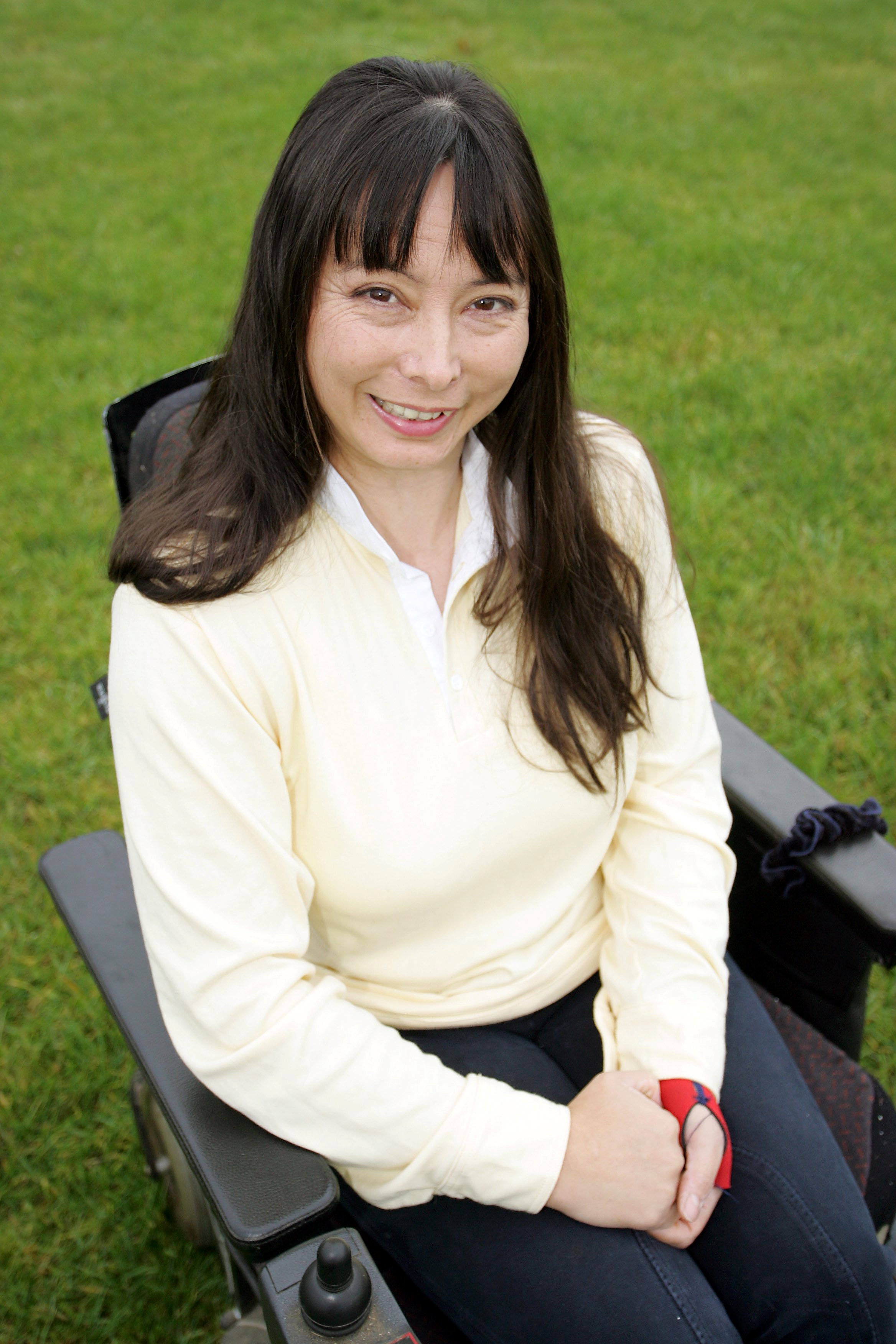 Now, Susi claims that she is unable to take part in any show jumping and dressage due to her injuries from the assault.

She adds: “My hands are badly damaged, I can’t close them I have had to give competing up.

“Its sad because they get a slap on the wrist with their punishment while I get life sentence.

“I have had to have constant physio since the attack.”

Susi became wheelchair-bound 20 years ago after suffering fractures from the neck down and a spinal injury when she fell 12 ft from a horse during training in the Royal Navy.

But she was determined her disability would not end her lifelong love of riding.

She became the only permanent wheelchair user to represent Great Britain in para show jumping in France and won Hickstead premier dressage champion in 2012.

In 2014, she also starred in a Lloyds Bank commercial, where she was filmed climbing onto a horse and galloping off through the woods.

Fenton had earlier been warned he faced jail after being convicted of assault, threatening behaviour and possessing an offensive weapon by magistrates, who sent him to the crown court to be sentenced.

Susi said: “It’s completely unjust. That’s why he got sent to the crown court, because it could sentence him to more than nine months.

“It’s pathetic the law system now, it’s pathetic. He should have got hard labour.”

Susi now rides her horses to keep her lungs and heart healthy but says she is no longer able to ride at competition level.

3 Tips to Evaluate If Co-Working Spaces Are Right for You!