This is the unbelievable moment in which a black Audi is frozen mid air after veering off the road and colliding with a metal post on a frost covered pavement.

This is the shocking moment in which a black Audi appears to be frozen mid air after careering off the road and colliding with a metal bollard.

The driver lost control and veered across the frost-covered pavement before getting caught at a seemingly impossible angle.

Police were called to the scene in Peterborough, Cambs., on Sunday morning and said the suspected driver was standing by his car when they arrived.

The man blew a breath test of almost double the drink drive limit, which is 80 milligrams of alcohol for every 100 millilitres of blood in your body.

A police spokesperson said: “Tomas Dabrovolskis, 24, of Olive Road, Peterborough has been charged with drink driving.

“He’s due to appear at Peterborough Magistrates Court on 25 April.” 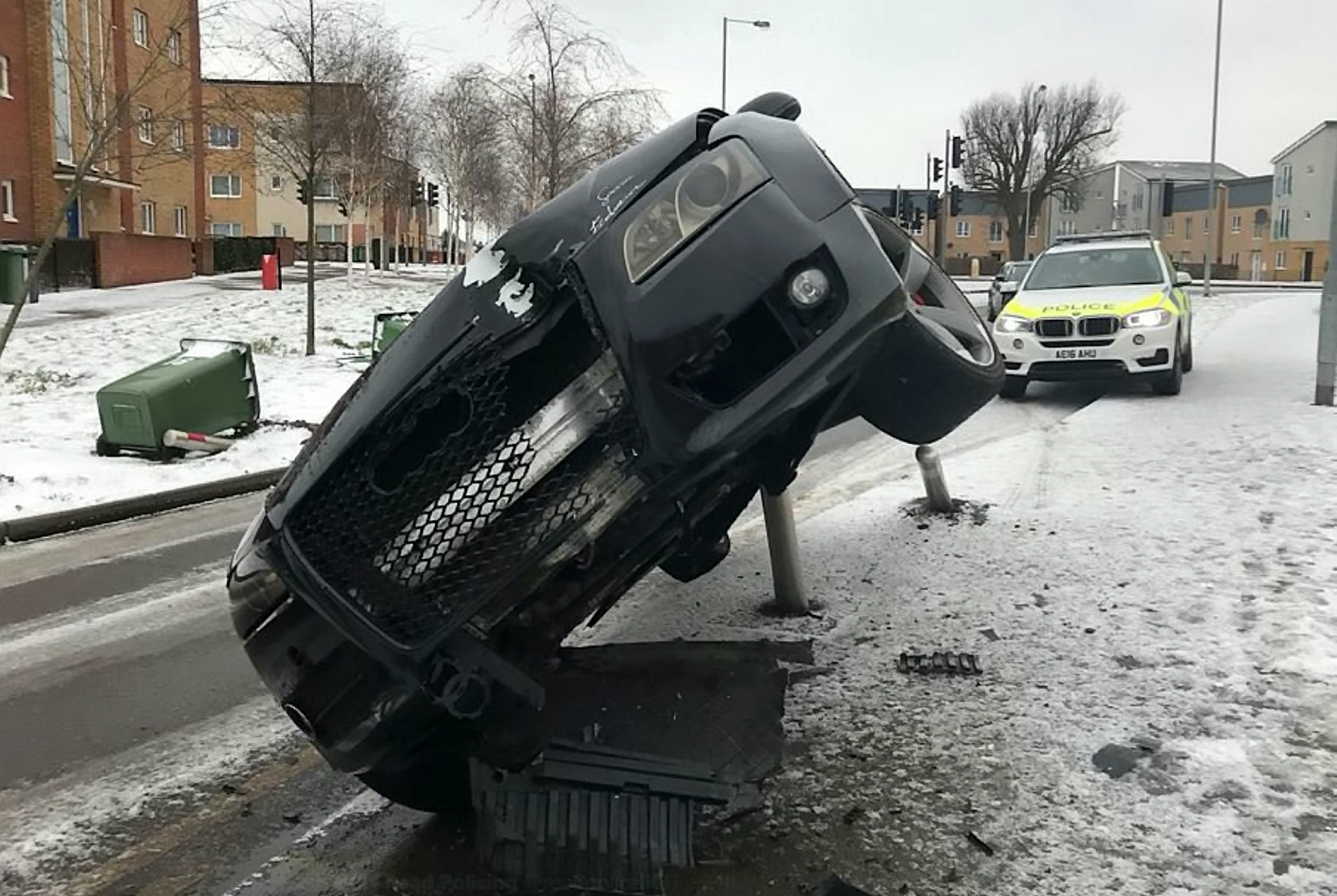 Taking to Twitter, the BCH Road Policing unit said: “2nd Job this morning in #Peterborough, suspected driver stood next to his car blew 72ugl roadside, driver on way to #custody for evidential readings.”

No-one was injured in the crash.