David, Avary and Zeke with their daughter.

An ‘asexual’ man who hasn’t had sex for nearly a decade is raising a baby – after moving in with a married couple and becoming ‘co-parent’ to their daughter.

David Jay does not experience sexual attraction and has no desire to have intercourse with his partners.

The software developer, 36, has only had sex a handful of times in his life and has abstained for the last eight years.

But he is now in a relationship with Zeke Hausfather and Avary Kent and the trio have a daughter together.

David lives with Zeke, also 36, a climate scientist, and Avary, 34, the director of a not-for-profit, with their daughter, now 18 months, in San Francisco, California.

The child – who they wish to remain anonymous – is Zeke and Avary’s biological child but she calls David ‘Dadda’ and he is currently in the process of legally adopting her.

David said: “She calls Zeke ‘Daddy’ and me ‘Dadda’. I never thought I’d be able to form a family as an asexual.

“So I’m overjoyed to be a father with my co-parents.”

Avary added: “We are most of the way through the adoption process and David will legally be her father.

“I expect for him to live with us all the way until she goes to college.

“This is a lifelong commitment we are making for our daughter.”

David, originally from St Louis, Missouri, realised he was asexual at 13 when he couldn’t relate to his friends’ crushes.

He said: “All of my friends had started talking about sex and having crushes and I just couldn’t relate to it.

“At first I assumed I was a late bloomer or there was something wrong with me.

“I thought I was sexually repressed or sexually traumatised and that I was going to be alone forever and no one would want to be in a relationship with me.

“The message I got from society was: You cannot be human and not be sexual.”

When he was 18, David started the Asexual Visibility and Education Network (AVEN), an online community which now has over 100,000 members, and ‘came out’ to his family.

“They were very supportive and there was never a question about whether they were going to continue loving me.

“But they were concerned for me and worried about me being alone.

“It took a couple of years to show them I could live a full and complete life as an asexual.”

Despite his disinterest in sex, David has always desired intimacy and has been in several long-term relationships.

He said: “I have no desire to introduce sexuality to my relationships but I have a desire for intimacy.

“I have had some relationships where I have kissed my partners.”

In some relationships, his partner has had another sexual partner. 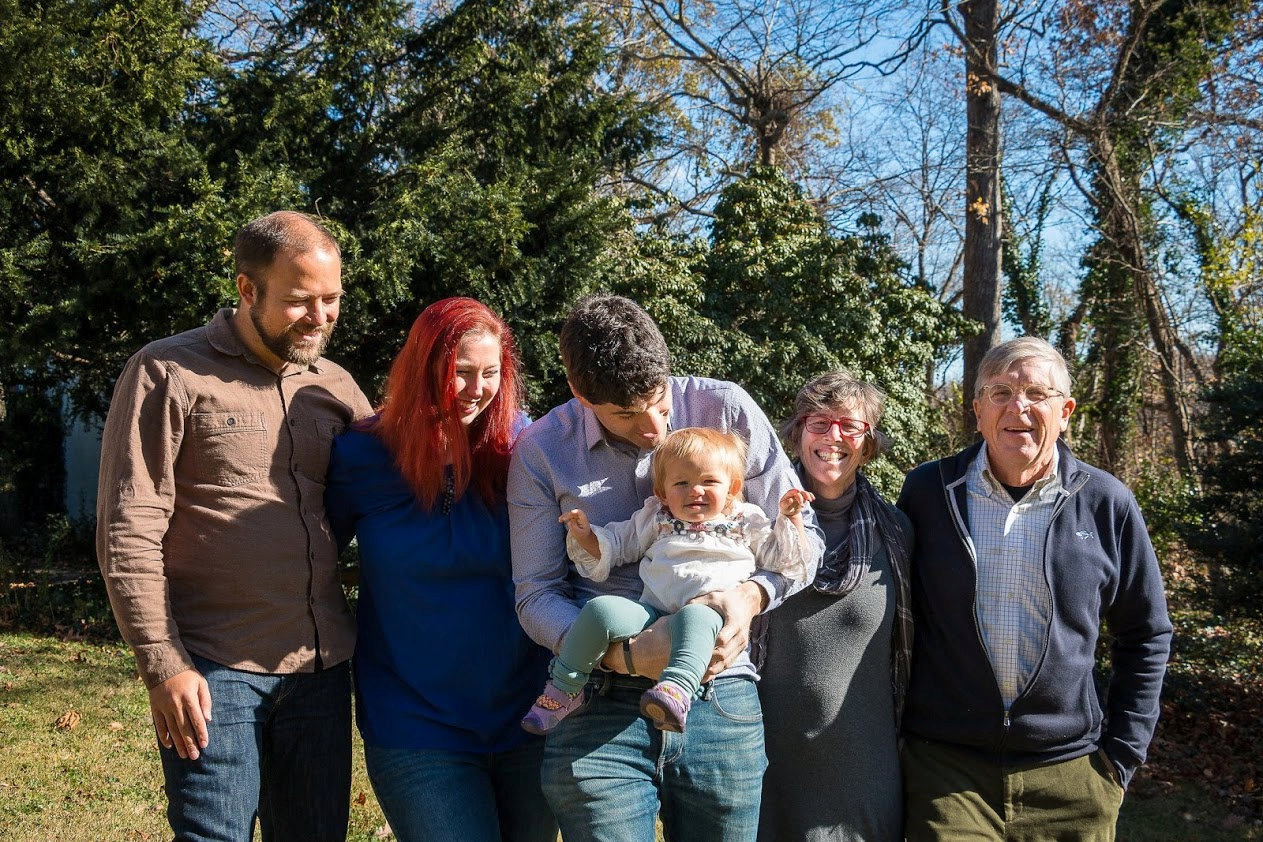 Although he did not feel jealous, he regretted that the asexual relationship often faded in importance next to a sexual dynamic.

He said: “I don’t tend to feel jealous because that’s not the way I’m wired.

“I’ve felt something different – a kind of sadness.

“I’ll be in a close relationship with someone and they’ll get a romantic and sexual partner and there’s a sense that that relationship should take precedence and that I should step aside.

“I’ve spent a lot of time thinking about how not to lose the people I care about to a romantic, sexual relationship.

“I will go on a long walk with them and tell them why they matter to me.

“We’ll talk about how we want to make commitments to continue to do the things that are powerful for both of us.

“We acknowledge that this relationship really matters.”

At the age of 28, David had sex for the first time but it did not leave him wanting more.

He said: “Like many asexual people, I found it interesting but it didn’t change my identity.

“It was a fascinating but not converting experience.”

In 2010, David met Avary at a conference in San Francisco.

“We became really good friends,” he said. “I met Zeke who she was dating at the time.

“I felt that they were cool and powerful and they fit really well with my life.

“Something inside me felt: ‘these people are doing things that I really want to be doing’.

“We just had a really great energy together.”

After a year of friendship, David told the couple that he wanted to take their friendship to the next level.

He said: “We went on a long walk and talked about our connection and how we wanted it to grow.

“We started spending more time together.”

When Zeke and Avary tied the knot in 2014, they asked David to play a role in the wedding and he helped them plan the ceremony.

He said: “They told me that they had been thinking about having a baby and would I like to have a child with them.

“I cried a little bit and I was really honoured.

“We talked about what it would entail: an equal amount of money for education and changing diapers.

“In Avary’s second trimester I moved into their home.

“We did all the birthing classes together.”

When Avary gave birth in August 2017, both Zeke and David were on hand to help. 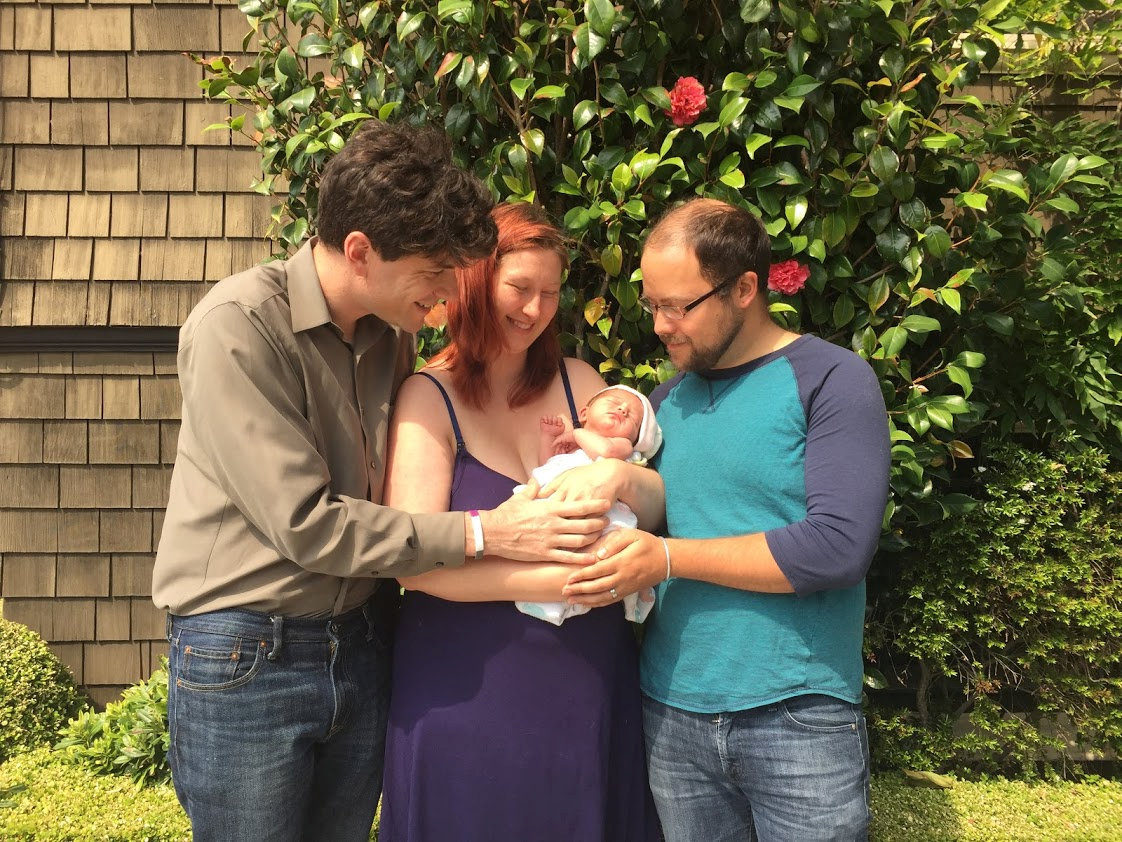 David said: “In the waiting room, Zeke slept on the fold-out bed and I slept in a sleeping bag.

“We took shifts helping Avary out, getting up every three hours to help with the feed.”

All three co-parents agreed that the family model has so far been very successful.

David said: “It’s been great. She’s super cute. She looks a lot like her other dad.

“Our dynamic as a family has been really fantastic.

“Avary and Zeke get more sleep and have more time for one another because I’m around to help out.

“We can show up as parents with a lot more joy and a lot more energy.”

Avary added: “We are told that parenting is a brutal slog and resource-intensive and painful and women are exhausted all the time.

“We are pushing back against that narrative and saying you can create the support and the community you need.

“I have support and community and I am a healthier and better mother as a result.”

Zeke added: “Living in San Francisco, most of our friends, even if they are couples, have roommates.

“We are increasingly forming communities as adults that are not just two people living together.”