Police have released this CCTV footage of a man with distinctive Minnie Mouse style hair, who they are looking for in connection with an armed robbery at newsagents.

Police are hunting this armed robber who had Minnie Mouse-style ear buns when he burst into a shop and threatened staff at gunpoint.

CCTV footage shows the thief walking behind the counter of the newsagents after he sprayed a member of staff in the face with an unknown liquid.

He then threatened staff and customers with a handgun while he emptied the till.

The raider held up the News and Booze shope in Ablewell Street, Walsall, West Mids., at 5.55pm in March 6.

A spokesman for West Midlands Police said: “A man entered the store and asked to purchase some cigarettes, the cashier selected the cigarettes and when he turned to face the offender, he was sprayed in the face with an unknown substance before being punched. 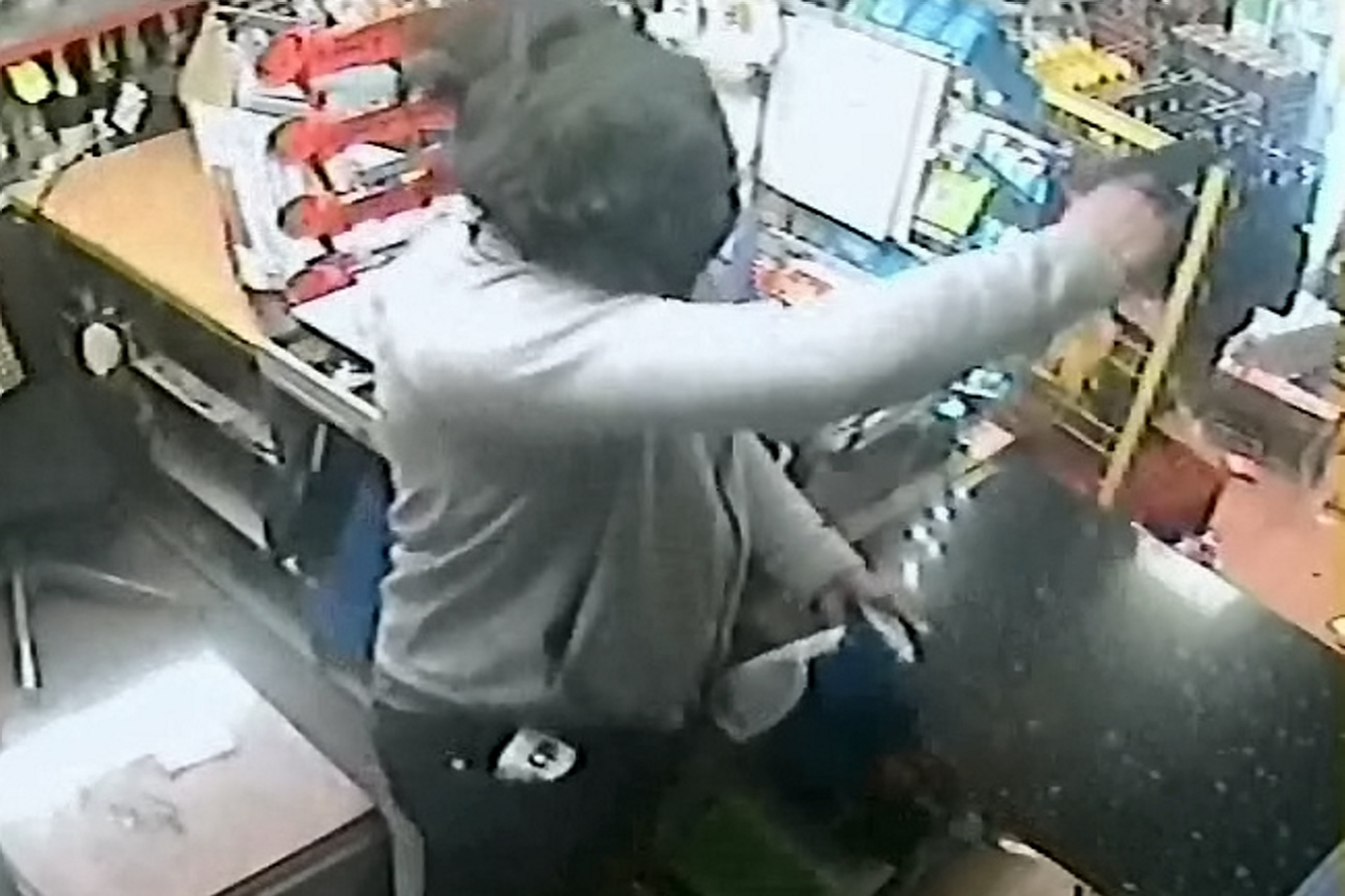 “The offender then threatened the victim and customers with a handgun before leaving the shop. Fortunately, the victim was not seriously injured.”

The robber was wearing a light grey hoody with a black zip, black jeans and dark coloured trainers.

He is black, 5ft 10ins tall and of a heavy build. He wore his hair in two buns either side of his head.

The incident is not being treated as an acid attack.