Distraught mum Jess Brown, 27, from Droitwich who rushed her 10 year old daughter Lilly-Jo to Hospital after a suicide attempt caused by bullying, has staged a silent protest outside Witton Middle School in Droitwich where Lilly-Jo was being bullied by another pupil.

Angry parents gathered outside a school today (Fri) to protest against the treatment of pupils following the attempted suicide of a bullied ten-year-old girl.

Dozens of mums and dads stood with picket signs outside the gates of Witton Middle School, in Droitwich, Worcs., in support of Lilly-Jo Caldcott.

The schoolgirl tried to take her own life on Monday (12/11) – the day before her 10th birthday following months of bullying.

The youngster’s mother Jess Brown, 27, took her to hospital when she admitted taking an overdose of painkillers and other pills

The next day Jess posted heartbreaking pictures of her daughter lying in a hospital bed on her birthday to raise awareness about bullying.

Single-mum Jess decided to organise the protest after she found herself locked out of the school when she went to speak to them about the matter on Thursday (15/11).

She claims the school is trying to silence the children about talking about the incident and accused them of trying to “brush the matter under the carpet”.

Jess said they school held an assembly where the pupils were told that Lily-Jo was “over exaggerating”.

Passing motorists beeped their horns in support with one parent stopping to tell Jess: “I hope you get somewhere with it and your girl gets better soon – this school is an absolute joke.”

“They have told the children not to talk to anyone about what is going on. They have got something to hide.

“The kids were told don’t approach any strangers, that Lilly-Jo wasn’t getting bullied and hasn’t been in hospital.

“If that’s true then where the hell exactly did I get photos of her in hospital. They are trying to brush it under the carpet.

“I want to see the head and deputy head teachers to resign over this mess and I want an apology for torment and suffering Lily-Jo has been through.

“I am disgusted in the way they have behaved throughout this.

“I want the parents of that child to acknowledge what they have done to my child. 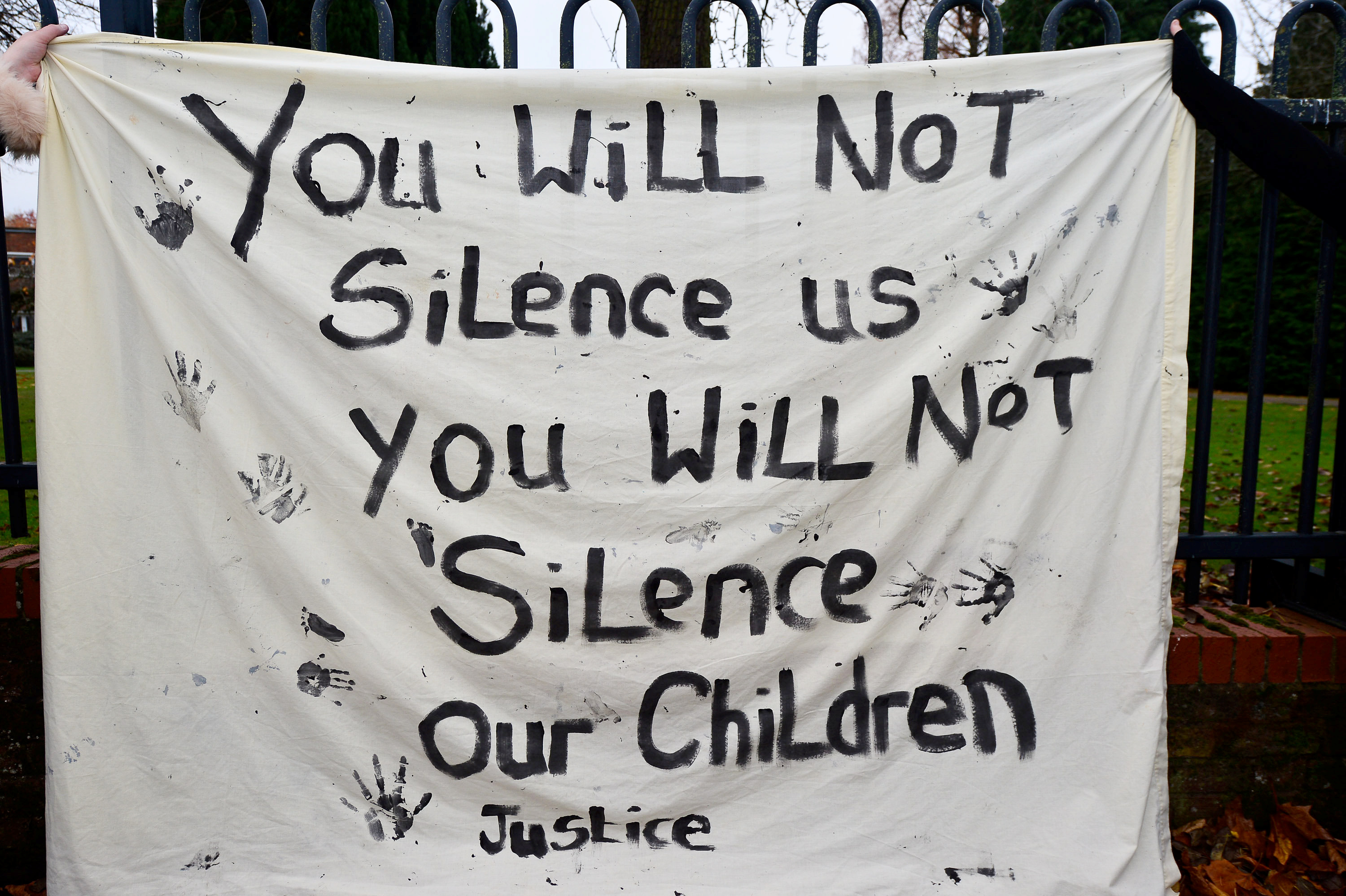 “The school hasn’t done anything about this matter.

“All they’ve done is send out an email to all the other parents saying if they have any questions to contact them.

“The school has rules and regulation for when a child is being bullied or attempts suicide – we’ve read and printed them out.

“I don’t think they have followed their own rules which is outrageous.

“They haven’t tried to protect my child once throughout all of this.”

A spokesperson for Worcestershire County Council said they were aware of the protest taking place but would not be commenting further on the matter.

Marcus Hart, the council’s cabinet member for Education and Skills, said on Thursday: “We are assured that the relevant process and procedures have been and continue to be followed at Witton Middle School.

“We’ll continue to support Lilly-Jo and her family and also the school.

“The health and wellbeing of all children and young people in Worcestershire is our main priority.

“Together with partners we are supporting the national anti-bullying Choose Respect campaign.”

How has the internet changed lottery gambling?