A cow with one eye is “being worshipped as a god”

The one eyed calf which has been born in India - and is now worshiped as a god.

A bizarre video appears to show a deformed calf with just one huge eye which is being worshipped as a “miracle of God”.

The newborn from the Bardhaman district of West Bengal in India, has just a single large eye and no nose, according to locals.

The animal was said to have been rejected by its mother – but then adopted by locals who are now caring for it.

A disturbing video appears to show it gasping for breath. Local sources claim it is being worshipped “as a God”. 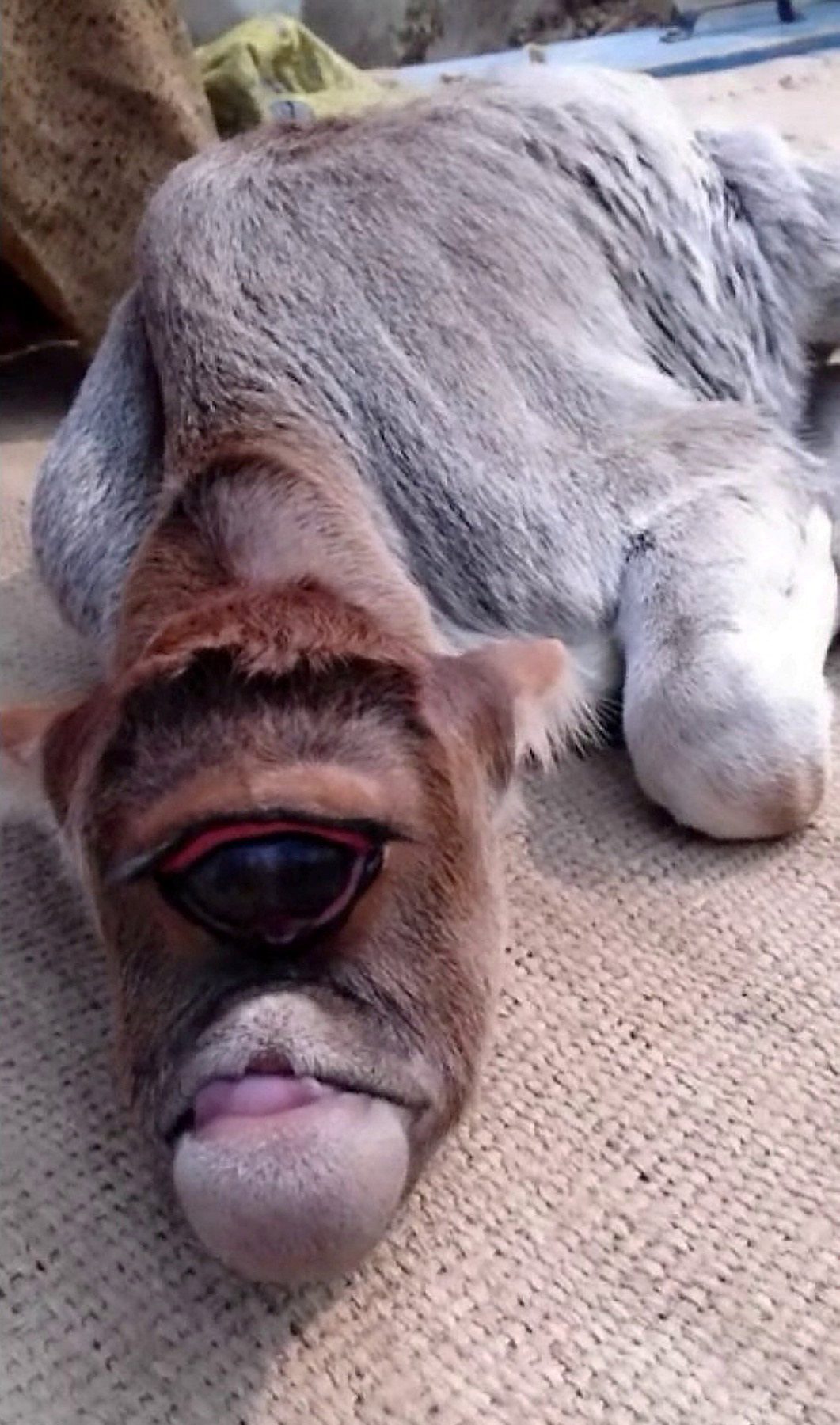 A source said: “Ever since the calf was born, the people have crowded to see the bizarre calf.

“They are now considering it to be a miracle of God and have started worshipping it.

“The cow had been discarded by its mother and the women are feeding the cow.

“The people think that worshipping the cow is going to bring luck and prosperity to the family of whoever worships it.”