Boo the tabby cat (17) is reunited with her owner Janet Adamowicz after going missing for 13 years since 2005, pictured at home near Harrogate, North Yorks.

An elderly moggy has finally found its way home after going missing – for an incredible 13 years.

The married step-mum-of-two plastered missing posters of Boo to lampposts in Harrogate, West Yorks., and put an advert in the local paper.

But after a year Janet gave up hope and eventually decided to give a home to two other cats, three-legged Ollie in 2008 and Tessie in 2014.

So after the now 17-year-old moggy was brought in to a local vet’s after being found mysteriously 40 miles away in Pocklington, East Yorks., it was more than just a shock.

“I got a call on Thursday to say I had a cat missing,” said Mrs Adamowicz

Adding: “I said ‘I don’t think I do, they’re both here’ – but they said we’ve looked on the system it says you own a cat called Boo.

“I thought it was weird, but I couldn’t believe it when I got to the vets and they had her there – and she still remembered me.

“I don’t know where she had been, I think possibly a stray but kept being fed by strangers – or catching her own food.”

Despite being a little dehydrated and wearily, Boo was in general good health.

She was taken to Wicstun Vets in York by a lady who did not leave her name or details – other than the fact the cat had been found in Pocklington and had been lurking around for a few weeks.

Mrs Adamowicz, who has lived in Harrogate all her life, said: “Boo was very lively as a young kitten and enjoyed the outdoors and adventuring – but would always return home.

“We don’t know how she got all those 40 miles, it could have been many number of reasons.

“She has done well as a 17-year-old cat to last that long as a stray cat – it really is remarkable.

“Despite only being five-years-old she still remembers me and has been my shadow ever since coming home.

“The other two cats are not impressed, but hopefully Boo is finally home for good.”

Boo enjoyed family life as a youngster and, although often outdoors and adventuring, she would always return home for the night.

Wicstun Vets said there wasn’t a ‘dry eye in the building’ when Janet was finally reunited with Boo.

The vets had used microchip data from 2001 from UK database Petlog which came up with Boo’s name and Janet’s mobile number.

The vets reassured all pet owners have their cats micro-chipped just in case they go missing. 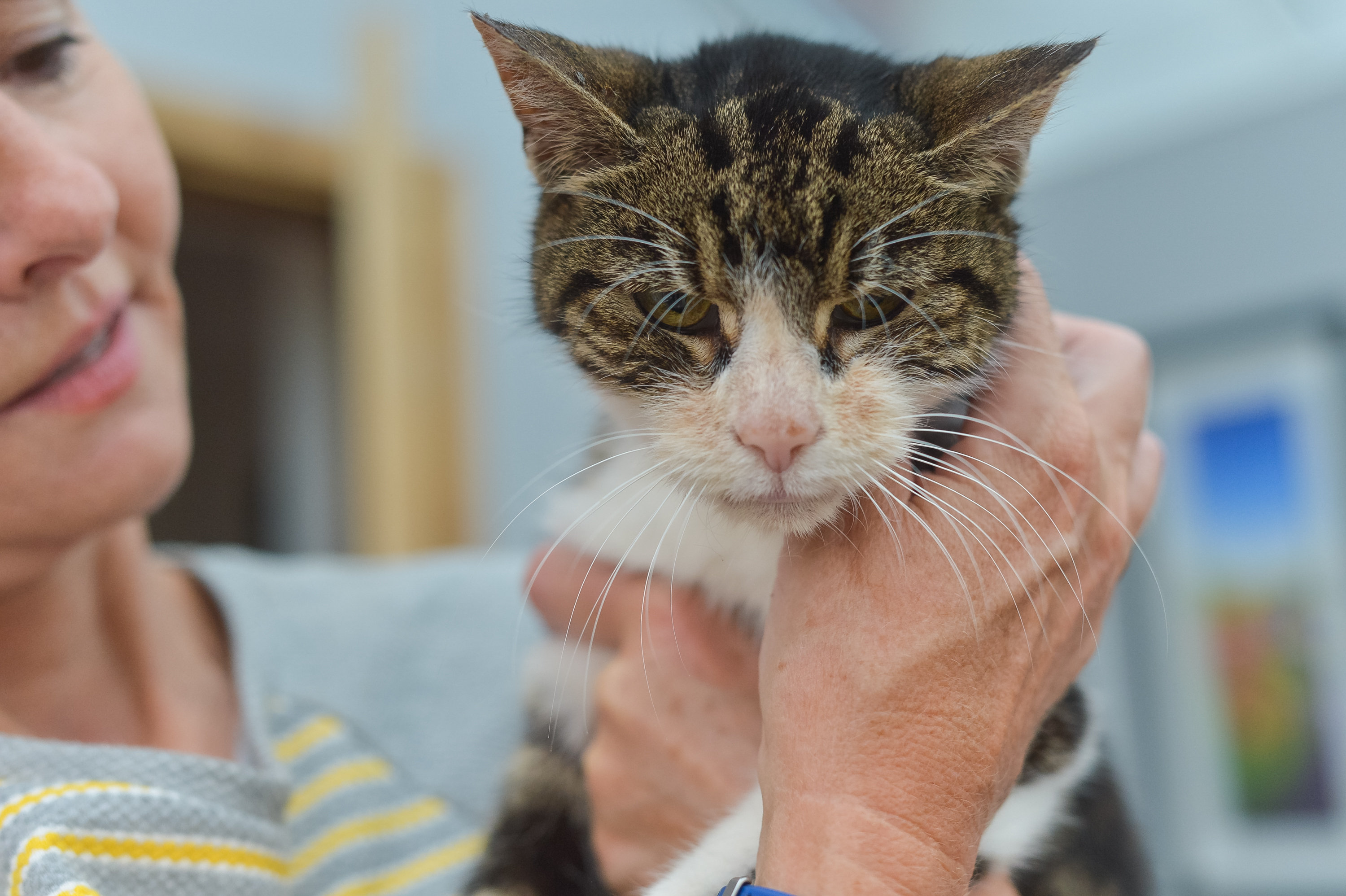 A spokesperson at Wicstun said: “Somehow she has travelled over 40 miles from home – she might have done that last week or 13 years ago.

“It’s not uncommon for cats to nap in vans, sadly waking up to find themselves many miles away from where they should be.

“However, Boo recognised her mum straight away and within minutes the two were thoroughly enjoying plenty of face rubs, cuddles and meows.

“Let us reassure you that there wasn’t a dry eye in the building.

“All thanks to a microchip implanted 17 years ago and keeping details up to date.”

‘Peeping Kong’: Crazy golf giant gorilla moved after locals say it was staring into homes – but now face its bum

'Peeping Kong': Crazy golf giant gorilla moved after locals say it was staring into homes - but now face its bum