Sam Storey,11, who was forced to walk to school after the bus refused to take- because his hands were too cold to get his bus pass out of its SEE THROUGH plastic holder.

A tiny and scared 11-year-old boy was booted off his school bus in the pouring rain by the jobsworth driver – because he was too cold to get his pass out of its clear plastic holder.

Sam Storey was forced to walk home amid the downpour after being told he was not allowed to travel on the 519 service to school – even though he had his bus pass inside a see-through lanyard.

Despite his photo ID being clearly on display, little Sam was told he was taking too long to scan the card, so he had to get off the bus.

He had to knock on neighbours’ doors until he was able to find one was able to take him the three miles to Towers School in Ashford, Kent, because his own parents had already gone to work.

His furious mother Cassie (corr) Storey, 42, branded the driver “beyond a jobsworth” and filed an official complaint with bus company Stagecoach as soon as Sam got home from school, on Thursday November 1st.

Cassie, who works in social services, said: “If he wasn’t allowed on because he didn’t have his bus pass I’d understand.

“But the fact he was in that weather, he’s small, he’s wet, it’s only his first term and the driver could see his pass, but still wouldn’t help him, just makes me question who would do such a thing.

“Sam’s so conscious about getting to school on time that it upset him.

“What if no-one had been there to take him to school?

“I dread to think what would have happened if a less able child had been treated like this.” 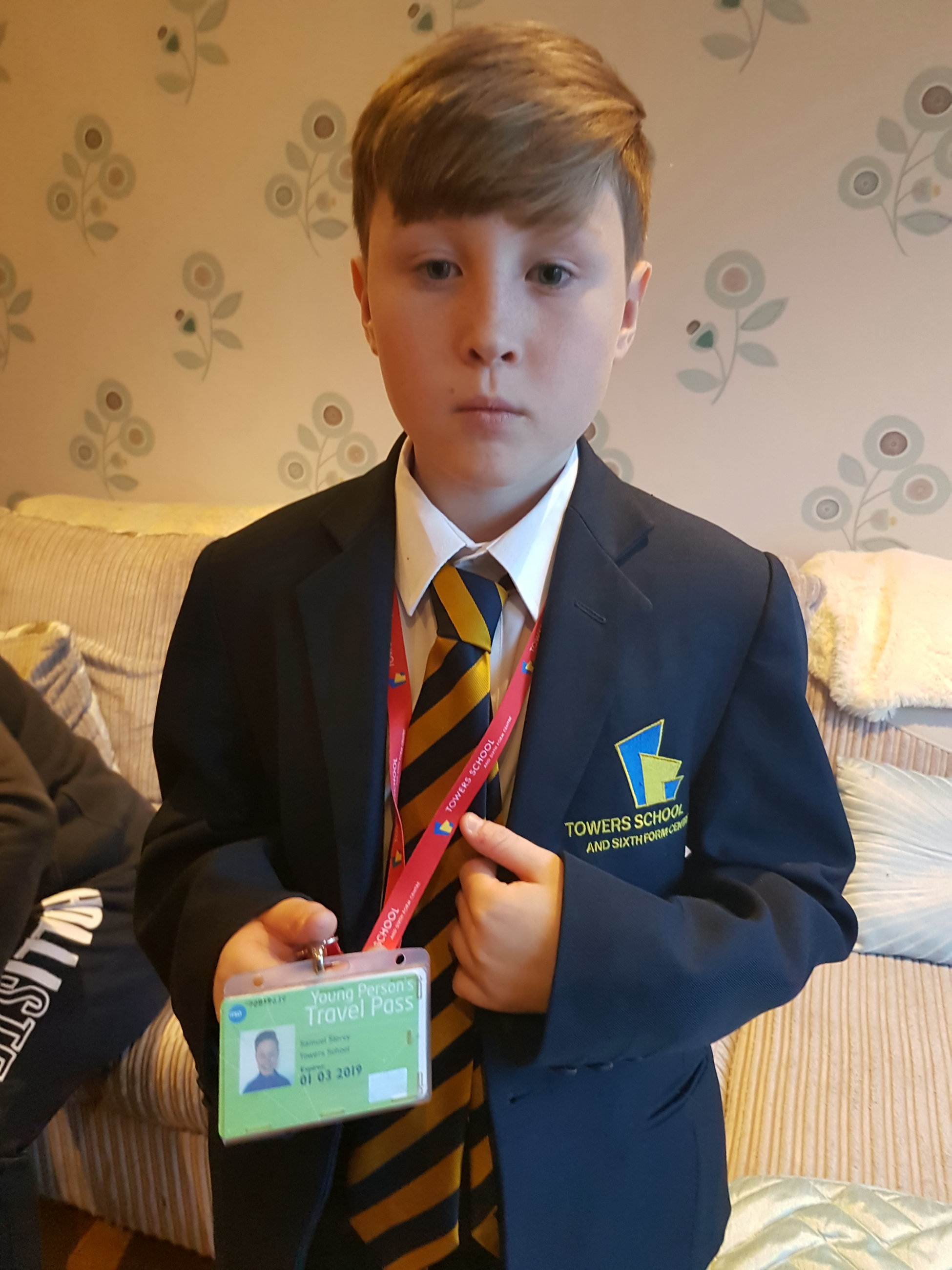 Sam left home at 8am on Thursday to catch the school bus with his pass, which cost his parents £145 for six months, and was “soaking wet and cold” by the time it arrived, later than scheduled.

Cassie said: “He wears his bus pass in a see-through plastic lanyard around his neck, that also contains his school dinner pass.

“His hands were very cold that morning and he was struggling to get his pass out of the plastic sleeve. His friends all got on the bus and went to sit down.

“My son showed his pass and explained to the driver that he couldn’t get it out of the lanyard and asked if he could help him.

“The driver said ‘no’ and told him to get off the bus. Shocked and upset, my son did this.

“He then returned home in the pouring rain, but my husband and I had already gone to work.

“He then tried three sets of neighbours, eventually finding someone that was in and who fortunately took him to school.”

She added: “Both his father and I work where we are not always able to answer our phones, and therefore dread to think what would have happened if he had been left to wander the streets.

“We pay £145 for a six-month service and put our trust in Stagecoach that they will get our son safely and on time to school each day.” 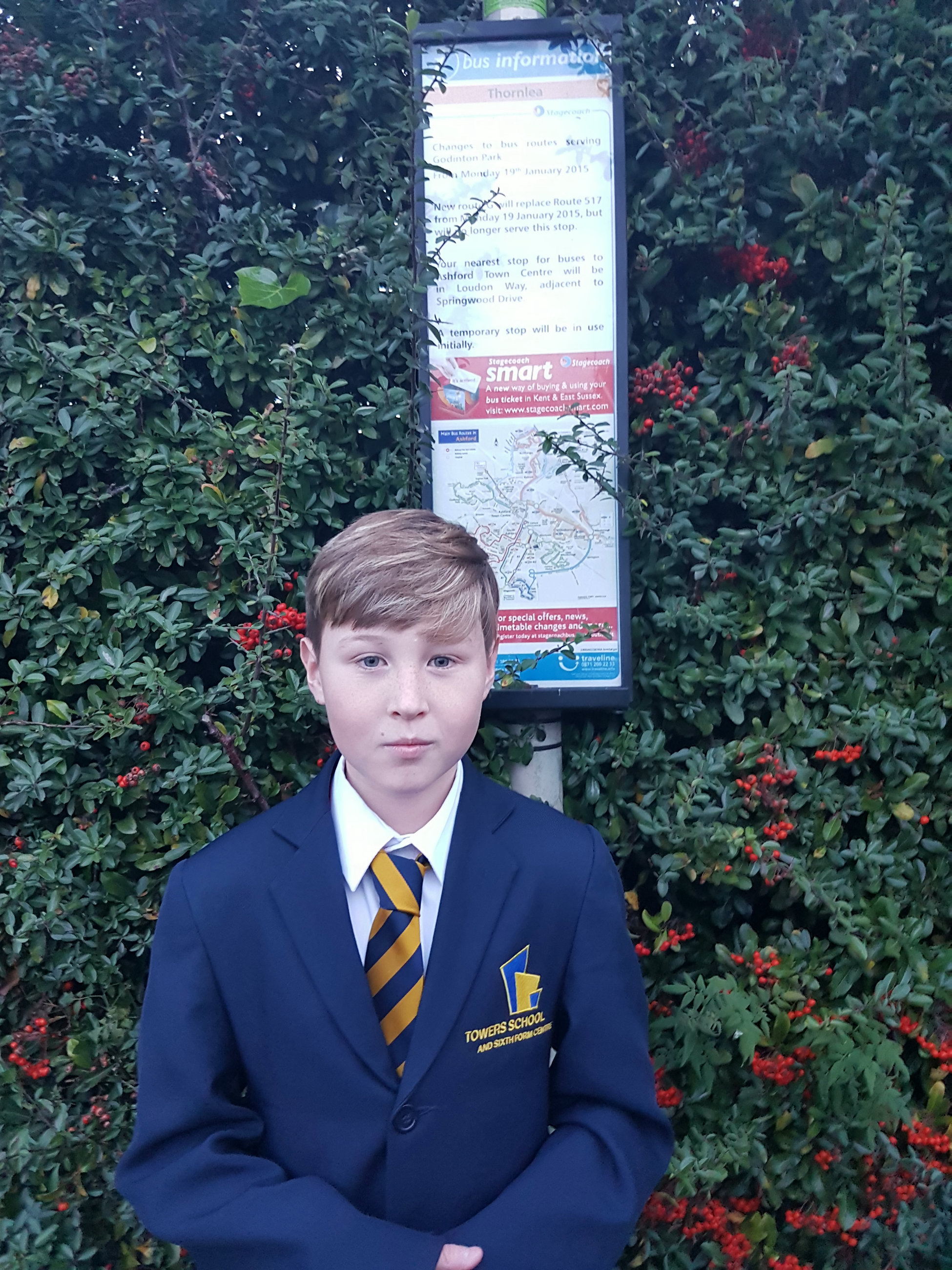 She said Sam had continued to get the bus to school every day since without a problem, but said he had not seen the driver who refused to let him travel.

Sam said: “Obviously I was shocked and worried because I wanted to go to school and didn’t know what to do.

“I was lucky to find someone, but my schoolwork was soaked, we even had to chuck some in the bin.

“If it had happened to someone of a younger age, or if they had autism, or if someone had taken it differently, they could’ve got really stressed out or worried.

“If it had been on a normal day that would’ve already been bad, but you should never leave a child out in the pouring rain.”

A Stagecoach spokesperson said: “We were very concerned to hear this.

“We expect our drivers to make decisions best on the welfare of the customer involved.

“We are looking into the exact circumstances and we are very sorry that on this occasion this passenger did not feel he could travel with us.

“We will review what happened in this case and ensure any lessons are learned for the future.”